Puebla de Alcocer, or the Spanish castle with the best views of Siberia

A Spanish castle? In Siberia?

You may think I’ve gone crazy, but I haven’t. Surely everyone has heard of (the Russian) Siberia, but only a few know that there is another Siberia… in Spain. In Extremadura, to be more precise.

La Siberia is an area in eastern Extremadura of about 20 villages. If you are wondering where the name comes from, there are several hypothesis. The most widely accepted is that the area had always been so underpopulated and underdeveloped that it reminds many of the original Siberia. To give you an idea of the kind of place we are talking about I must add that the population density of the whole area is just 7.55 people/km2 (slightly lower than the Ross and Cromarty area in the Highlands). And during my last visit there we drove for 41 km without encountering a single car on the road. 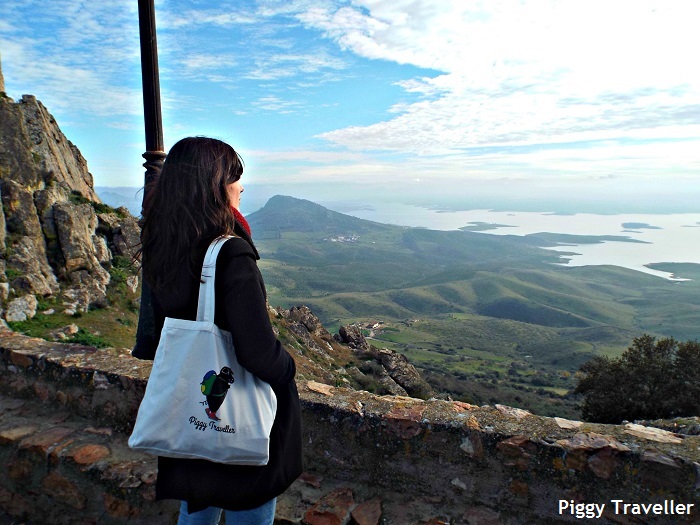 The castle with one of the most spectacular views I’ve ever seen is in Puebla de Alcocer, a very small town in this often forgotten corner of Extremadura.

Its location on top of a hill surrounded by flat fields makes it easy to spot miles away. The castle is Puebla de Alcocer’s main tourist attraction, so you won’t have any trouble getting there. Just follow the signs at the entrance of the town that will take you uphill right to the castle. 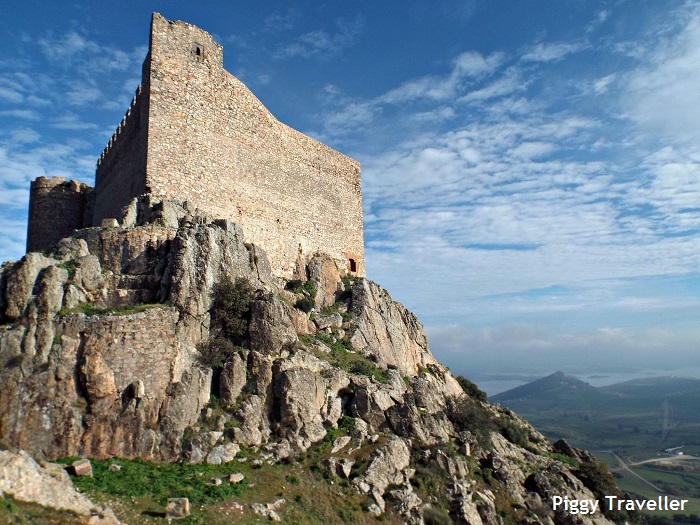 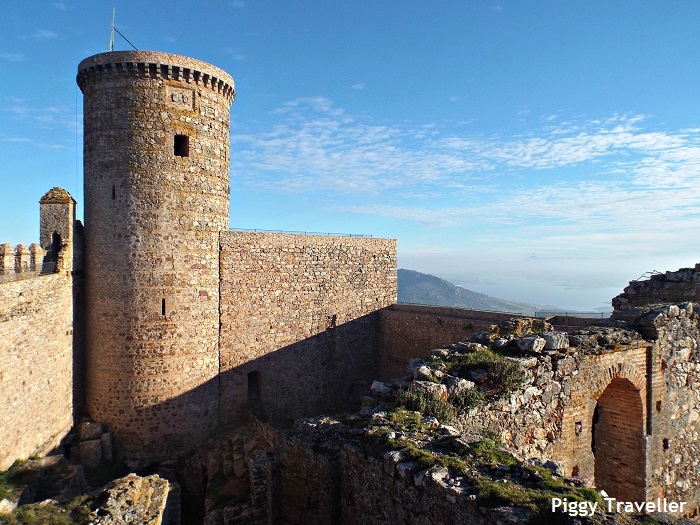 The castle dates back to the 12th-13th centuries, although the building that remains today is the result of renovations carried out during the 15th century. It has an irregular shape and walls as thick as 2.70 m.

From the walls of the main patio you can see the castle had three floors, and even the remains of what used to be a sumptuous chimney.

I didn’t expect to find stands inside the castle and I was told by the guide they organize summer theatre nights every now and then. It seems disassembling the stands was too big of a hassle and they decided to leave it there for next summer. 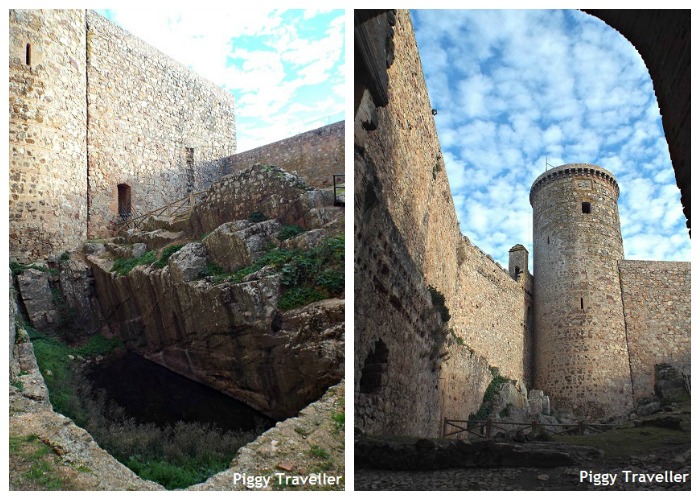 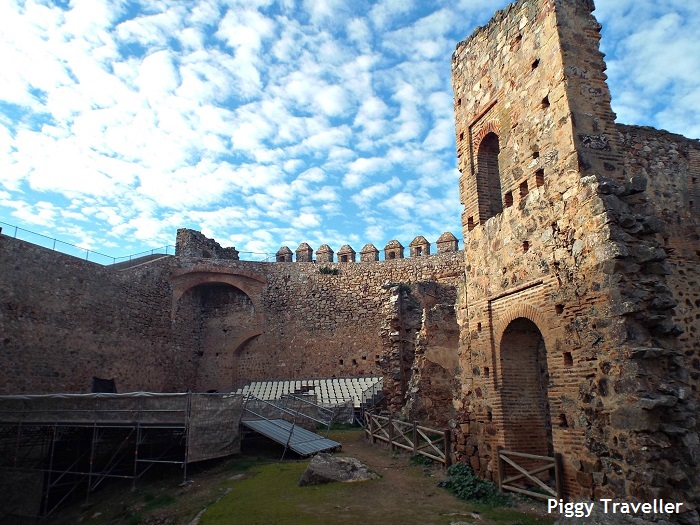 It’s a pity that one part of the castle is in quite a bad condition and the stairs that lead straight to the top of the wall are not in use. The main stairs collapsed more than 10 years ago, but the money for repairs never arrived…

Luckily there is another way to reach the top of the walls through the circular castle keep. The keep is 25 m tall and from the top you have splendid 360 º panoramic views of the surrounding area. From the top of the keep you can walk along the walls. Make sure you take a camera with you! 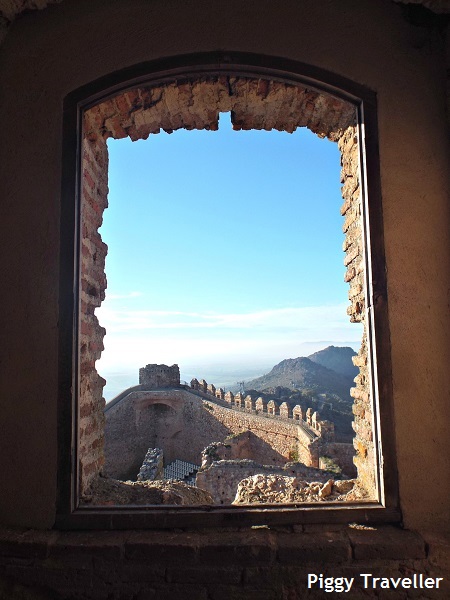 After climbing up the stairs of the keep I reach the top breathless. When I managed to catch my breath and look around I could only say ‘Wow!’

From the keep you can see Puebla de Alcocer beneath and, as you walk along the wall you will see the Orellana and la Serena reservoirs (the latter is one of the biggest in Europe). On a clear day you can see more than ten villages. 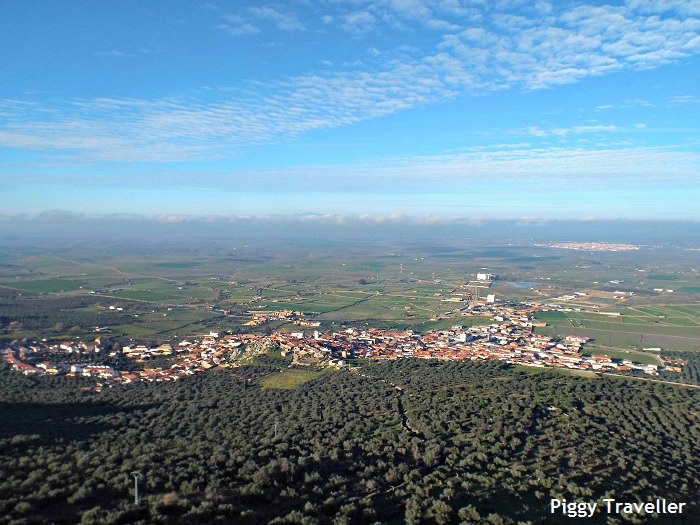 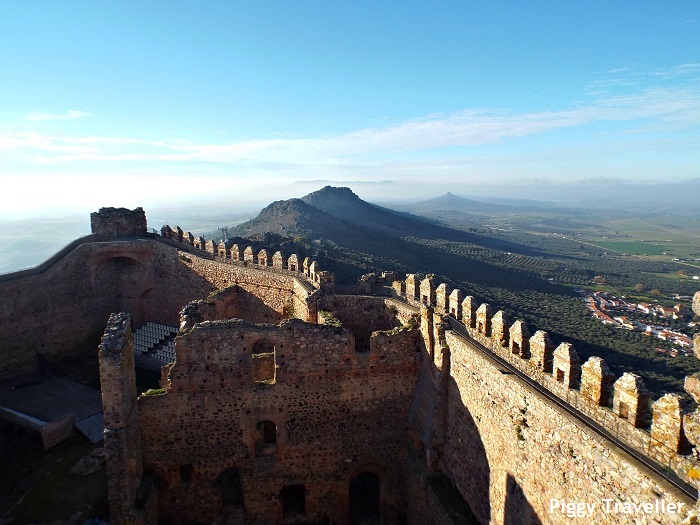 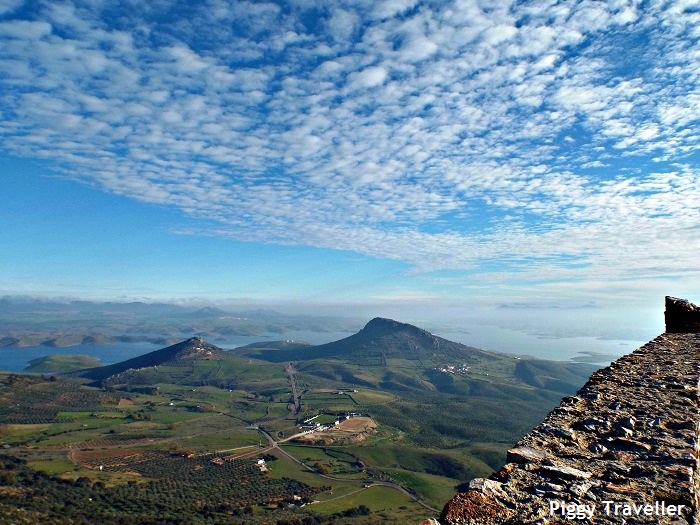 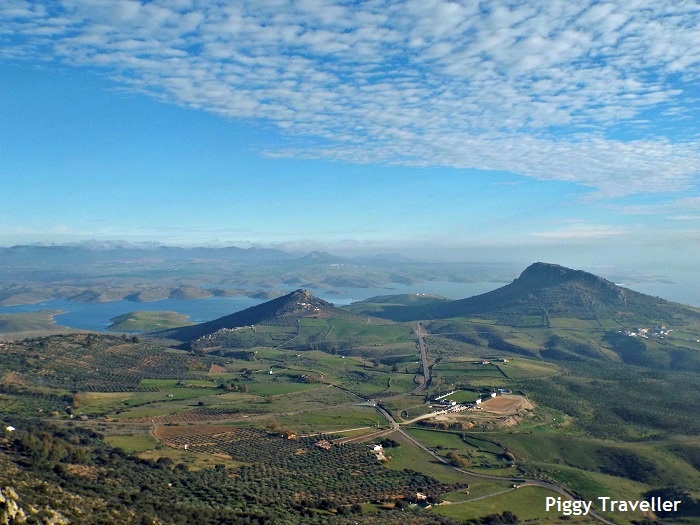 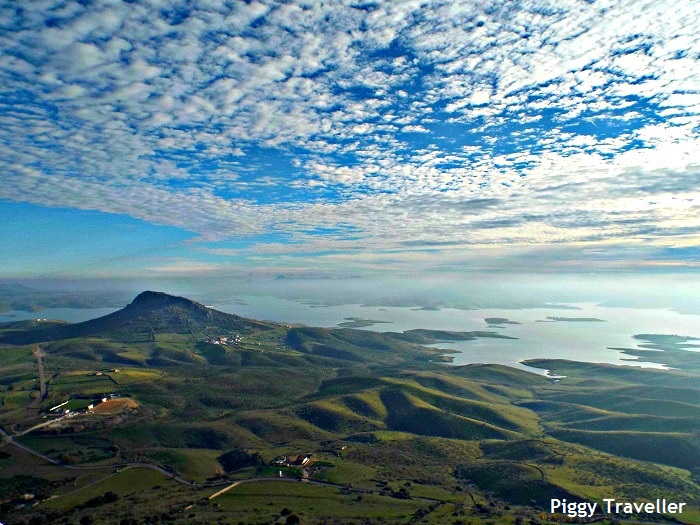 And this castle, and these views are worth one euro. One euro! Ridiculous, isn’t it?

Now you have another destination for your Extremadura travel bucket list!

Puebla de Alcocer on a map

Narby places you may want to visit: