Visiting the former Roman city of Regina in southern Extremadura

When I told a friend from my hometown I had been to Regina that day, I received ‘No idea what that is’ for an answer. That’s yet another proof that, as far as tourist promotion and marketing is concerned, Extremadura ranks low.

Regina is a former Roman city located in the south of Badajoz province, just outside Casas de Reina and a 10-minute drive from Llerena. Despite its relevance as an archaeological site, not many people outside this area know of its existence. 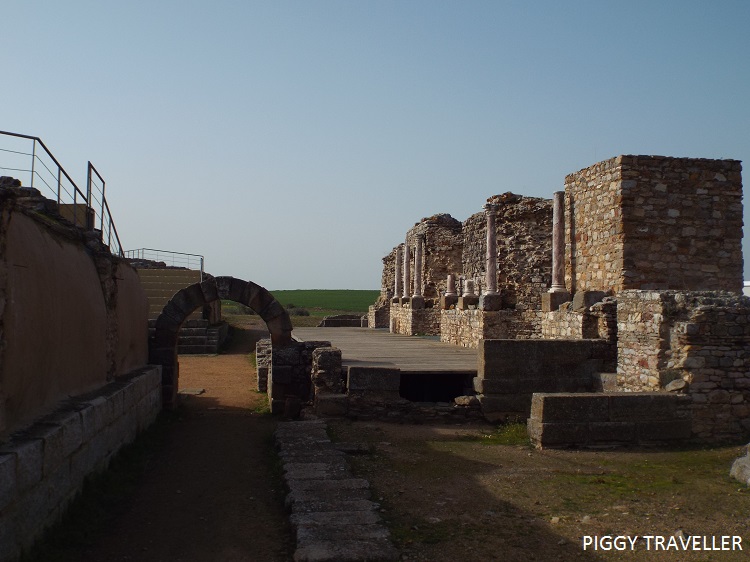 I went there during my last trip back home in February and I was surprised at many things. The place was completely empty when we arrived. It was before 4 pm, and I knew the site closes at 5 pm, but we were told by the single employee on site that it was closing at 4.30 pm. I got the feeling we spoiled the man’s plan to go home a bit earlier that day…

The entry is free, and so is the parking. I’m not against free entries but, in a forgotten area like this one, a small entry fee of a couple of euros wouldn’t hurt anyone’s pockets, and it will help cover some expenses or part of the man’s salary.

The Romans chose a mining area in the north of the former Baetica province to build the city of Regina in the 1st century AD. It had a strategic location along the road from Augusta Emerita (now Mérida) to Corduba (now Córdoba). Archaeological research studies show that Regina was a walled city of significant proportions. It had close to a dozen streets with houses, several religious temples and civil buildings, as well as an extensive sewage system and, at least, two cemeteries. 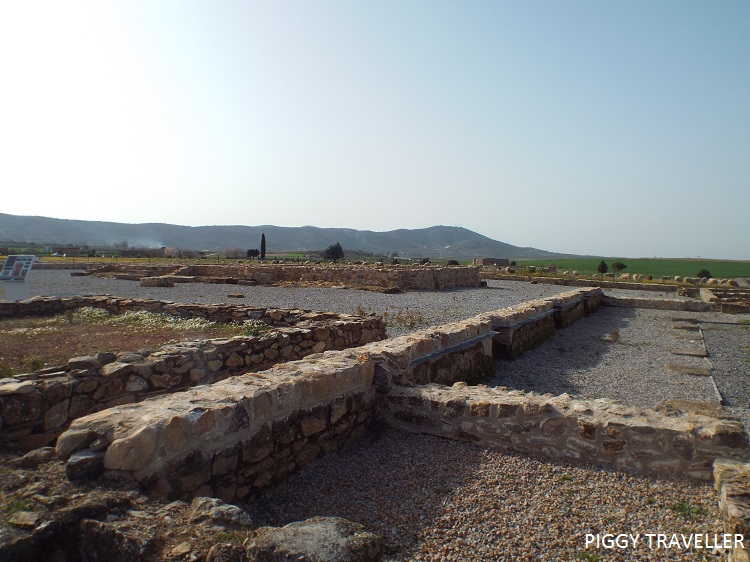 Today, only 20% of the remains have been dug out. While it’s not much, it gives a good idea of how important a site this is. The remains you can visit are in two areas separated by quite a big fenced piece of land full of sheep. The path takes you first to the remains of several buildings and houses, and then to the main attraction at Regina – its theatre. 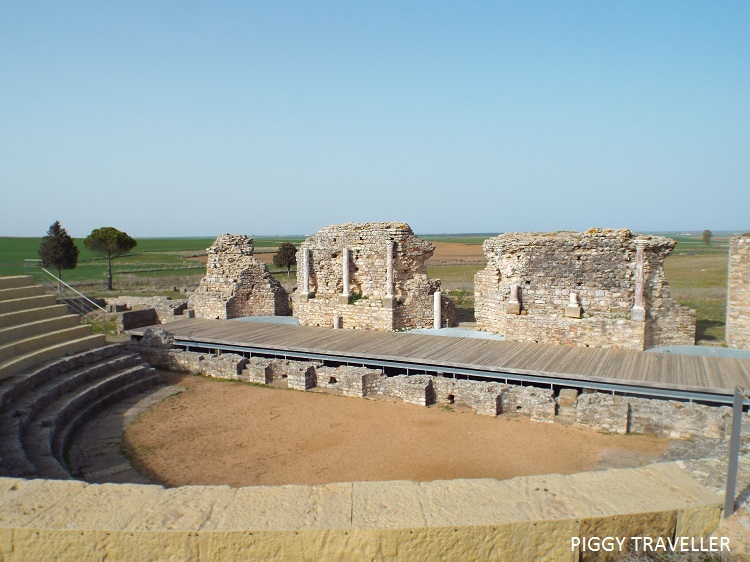 During the Roman times, this theatre could accommodate an audience of about 1000 people. It has been preserved quite well and today it is one of the four venues in Extremadura hosting plays during Mérida’s Classic Theatre Festival, which takes place in summer. The other three venues are the Roman theatres in Mérida (of course) and Medellín, as well as the former Roman city of Cáparra, in Cáceres province.

The theatre is located on one of the ends of the city, and the surroundings have not been excavated yet. Sitting on the top row of the stands you feel like you just stepped back in time and there’s nobody around. The stage is set against nothing more than a flat countryside and blue skies. 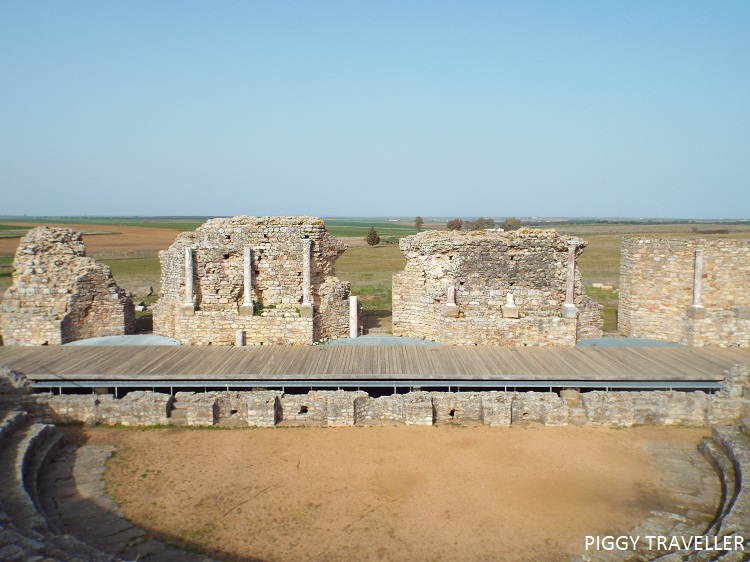 Despite its huge potential as a tourist sight, Regina doesn’t receive the recognition and the funding it badly needs. The lack of funds means there is no further excavation works in the pipeline and, what’s even worse, they don’t invest in security measures to keep the site protected from outsiders. I’ve recently found out that some people have been digging the ground and looting the remains! I’m not sure what we, visitors, can do to help, but I’ve signed a petition to ask the Spanish Minister for Culture to find a solution. If you too want to sign, here’s the link (in Spanish): http://bit.ly/2p2WfeK

Regina on a map