3 not so known Spanish UNESCO sites you shouldn’t miss

Did you know Spain has the third most UNESCO sites in the world, behind only Italy and China? You have visited places like the Alhambra in Granada or the works of Antoni Gaudí in Barcelona, but now might be the right moment to see other equally beautiful and less popular UNESCO sites, don’t you think?

If you are up for a little road trip around Extremadura pack your bags, hire a car and take note of the three places to include in the route:

Founded in 25 BC by the Romans, conquered by the Arabs, inhabited by many Jewish and reconquered by the Christians, Cáceres displays a rich blend of Roman, Islamic, Gothic and Italian Renaissance styles around its city centre. 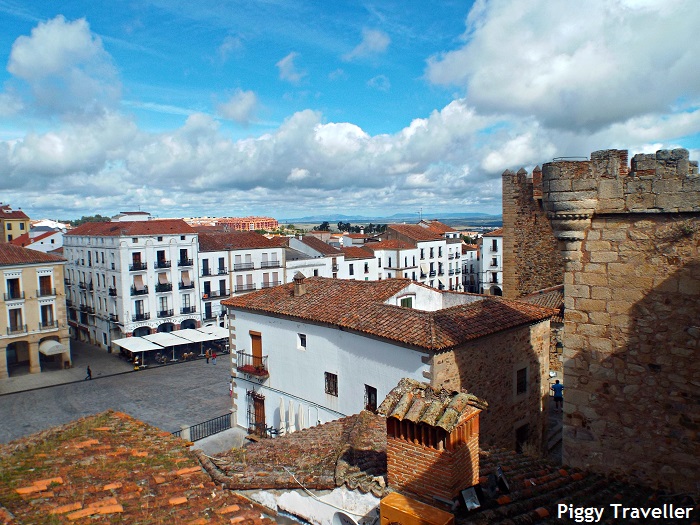 The Plaza Mayor (main square). It’s the usual starting point and, as there are quite a few restaurants around, it’s also the best finishing point. If, apart from nice architecture, you want to enjoy good live music and a vibrant environment, visit Cáceres during the WOMAD Festival, which takes places on 7th-10th May 2015.

The Torre de Bujaco. Built by the Arabs in the 12th century, this tower has one of the best views over the main square.

The Plaza de San Jorge, a square dominated by a Baroque-style church on the top.

The Concatedral de Santa María, a church with great views of the city centre from its tower.

The Plaza de las Veletas, where you can visit a palace built in the 15th century that currently homes the city museum. 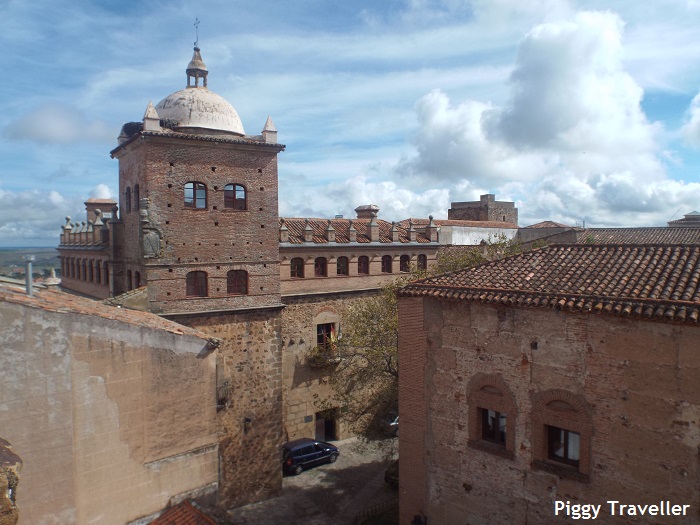 Located on the banks of the River Guadiana, the capital of Extremadura was the most important city in the Roman province of Lusitania. This ancient city is excellently preserved, so much so that you will need to dedicate at least 2 or 3 days to see them properly. Make sure you buy a general ticket (€12), which will give you access to 6 monuments.

The Roman Theatre, the top local attraction that holds a Classic Theatre Festival every August.

The Roman Amphitheatre, where you can learn about gladiator combats and fights between wild animals.

The Roman Bridge, one of the largest Roman bridges in the country and a good place for a stroll.

The Templo de Diana, a Roman temple where a wealthy count decided to build its very own Renaissance-style palace.

The Casa del Mitreo, the remains of a very rich Roman family’s house that includes several patios, a pool and even thermal baths.

The National Roman Art Museum, where you can see Roman sculptures, mosaics, tombs and part of the Roman road Vía de la Plata. 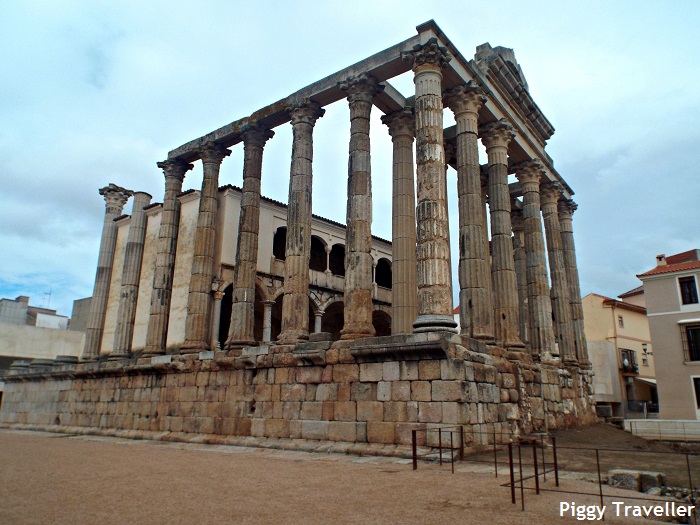 The origins of this monastery date back to the 13th century, when a shepherd found a statue of Virgin Mary on the banks of the Guadalupe River and a chapel was built in her honour. After an important victory of King Alfonso XI over the Moorish the place was declared a royal sanctuary and was rebuilt to be transformed into an impressive monastery. 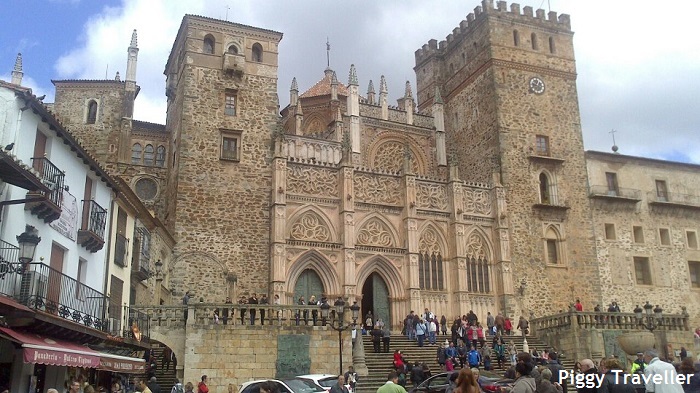 The monastery has been associated with two important historical events that took place in 1492: the discovery of America and the reconquest of Granada. Today it remains an important centre of pilgrimage.

This architectural ensemble is located on a hill overlooking Guadalupe’s main square. It displays a fascinating mix of Gothic, Mudejar, Renaissance, Baroque and Neoclassical styles that will keep you busy for a well few hours.

Highlights in the monastery:

The Gothic Church (templo mayor), which was built in the 14th-15th centuries and has three naves with ornamented vaulting.

The Camarín de la Virgen, a profusely ornamented Baroque octagonal building. The statue of the Virgin is kept in a throne on the upper floor, where you can see several paintings by the Italian artist Luca Giordano.

The two cloisters. The Mudejar cloister (north of the Gothic church) has an imposing Plateresque-style portal and the Gothic cloister displays arched galleries on three sides. 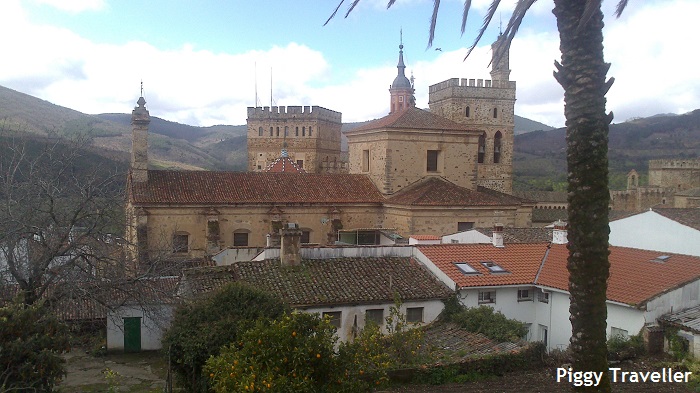 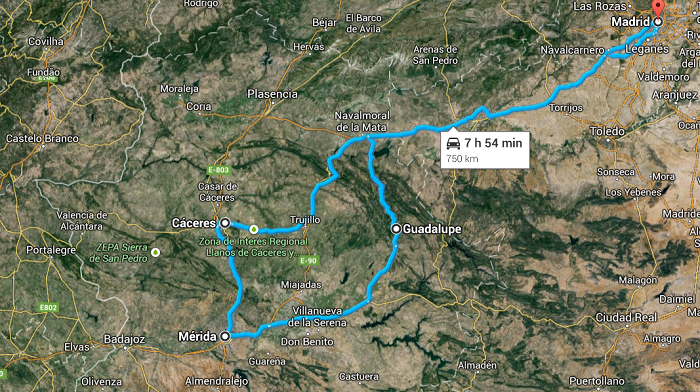 See the route on Google maps