Imagine yourself living in a Roman temple. Imagine a beautiful portico and robust granite columns. I could easily picture myself walking around wearing a tunic and sandals with a glass of red wine in my hand and thinking ‘I am the coolest guy in town’. That is what the Conde de los Corbos (a count) may well have thought when he splashed out and built himself a Renaissance style palace in a Roman temple in Mérida. 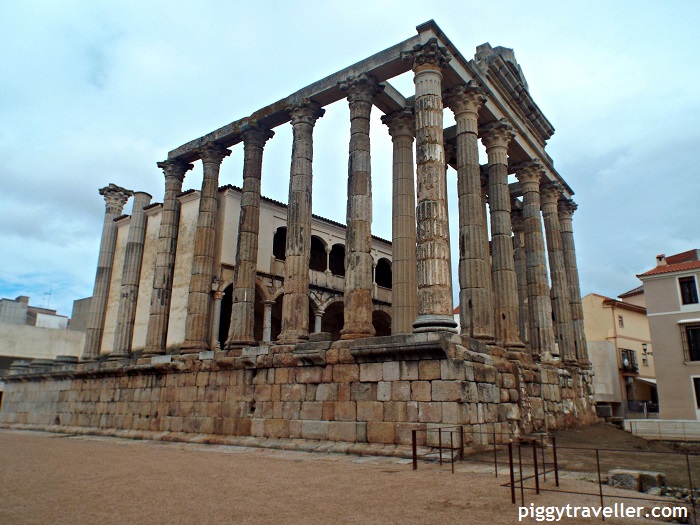 The original temple (templo de Diana) dates back to the 1st century BC and is thought to have been used to worship Diana, the Roman goddess of wild animals and the hunt. However, according to sculptures found at the site, the temple would have been built to honour Emperor Augustus. He was the founder of the city, which was named Emerita Augusta after him.

This is one of my favourite sights in Mérida. Its ‘wtf? effect’ catches you by surprise and you just cannot take your eyes of it while wondering why would someone as wealthy as a count destroy a historical building like that. Was there not any other place in the whole city to live in the 16th century? 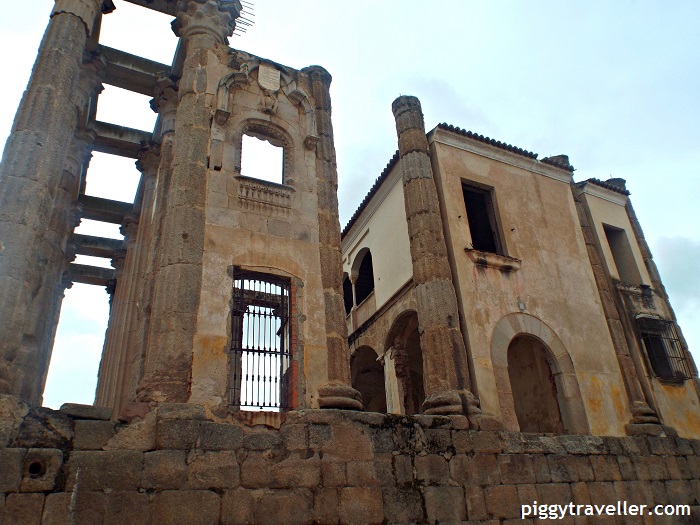 He could have built a small house, but his delusions of grandeur made him build a huge palace with its own arcade and (why not?) use some stones from the Roman temple in its construction.

The result is certainly striking, as the palace side walls were built in between the columns of both sides of the temple. It made me think of Home Improvement for a moment. 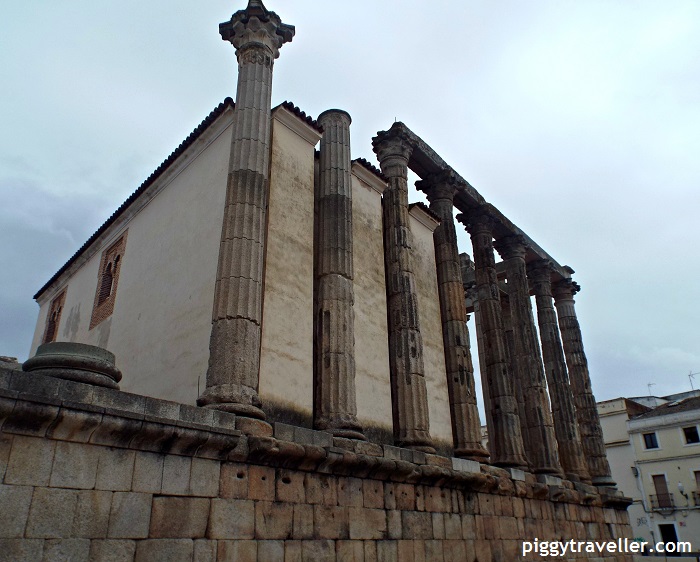 The count’s architectural eccentricity is captivating to the visitor. Once you have seen it you will not forget about it. Make sure you include it in your list of must-see places in Mérida!

Mérida on a map

Other things you can see and do while in Merida: