What to see in Medellín, Spain

Most travellers have heard of Medellín, Colombia, but are unaware that the city was named after a small town in the Spanish region of Extremadura. While small in population (+2,300), the original Medellín is big in history, and is worth a visit.

If you find yourself in Mérida or Badajoz, make sure you keep a day free in your calendar for a trip to this historical little gem.

What to see in Medellín

On the way up to the castle, you’ll find the Visitor Centre, situated in a church dating back to the 13th century. Here, you can learn about the history of the village and see some good examples of Roman sculpture.

The Roman Theatre (and more) 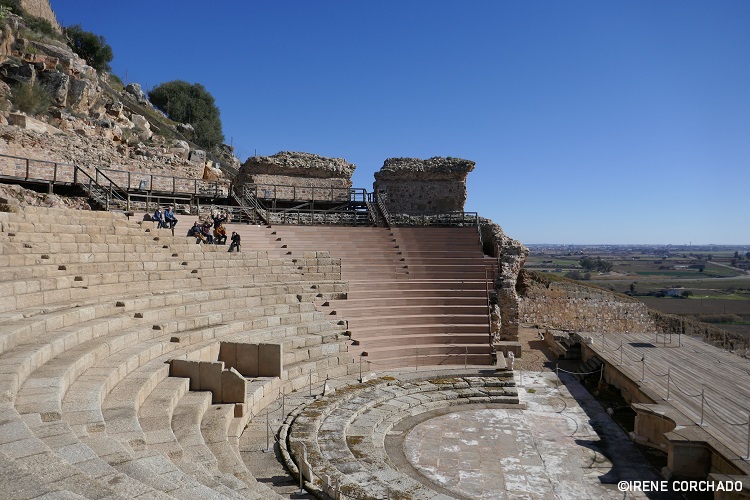 In 1969, a local architect started excavation works on the hillside. Barely a year afterwards, he was offered another project further south and this project stopped. Little did he know he was only 3 metres away from finding the original structure of a Roman theatre almost 50 years older than the famous theatre in Mérida.

The works resumed only in 2007 and it took three intense years of excavation work to dig out the whole theatre. It open to the public in 2013 and that same year it got the EU’s Europa Nostra award, which celebrates and promotes best practices in the heritage field.

Four hundred wooden seats were added to the eight hundred original remaining seats. These wooden seats were replaced with new seats made of fibre, which are more resistant and weather-proof. Today, some plays of Mérida Classic Theatre Festival are held here during the summer. The location of the theatre on the hillside of the later built Arab castle, couldn’t be better. The views are stunning and, as you can expect, the 1350 tickets available to enjoy the show in Medellín sell out pretty quickly.

Picture taken in 2014, before new seats were added. 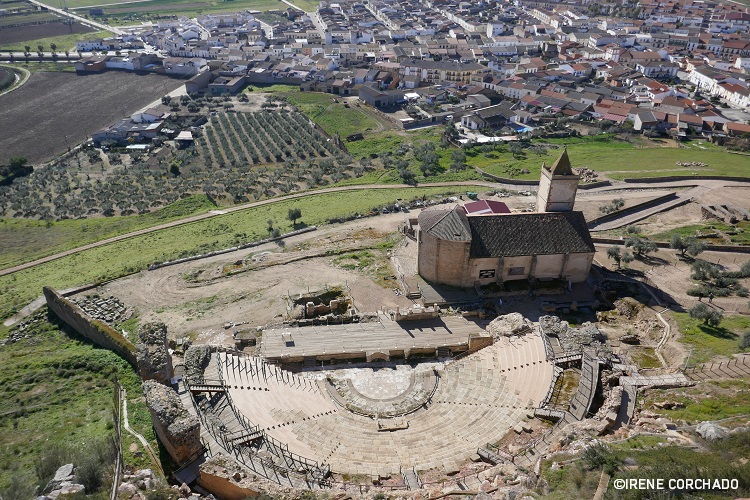 This is how the theatre currently looks like. Picture taken in January 2019.

Something particularly extraordinary about the theatre is the fact that its existence remained a secret for such a long time. After the Romans came the Visigoths, and then the Arabs. Battles, looting, destruction and the passing of time saw the theatre buried into the hill during the Middle Ages. During the Arab occupation (768-1234), the castle was built, and people settled on the hillside.

This is how the hill looked like before the excavation works. Credits: ©Juan Díaz Díaz (with permission from Medellín Tourist Office).

In the last few years, other important remains have been discovered in the theatre area:

If they keep on digging, who knows what the next discovery will be! 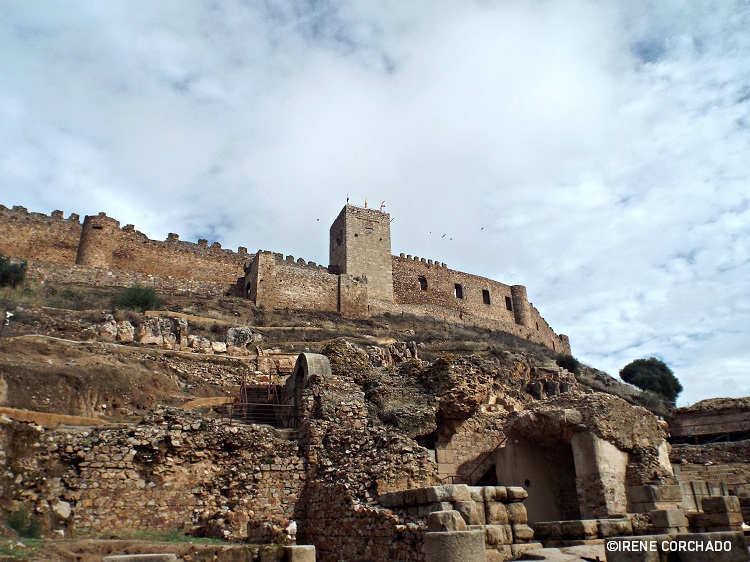 The castle as it is today dates back from the 14th century; the original castle is older, as the Arabs had written about it in the 10th century. There are a number of things to see here: two robust defensive towers with great views, the ruins of the first local church, a big Arab pool, an Arab cistern and a small museum displaying copies of conquerors utensils and instruments.

During the Spanish Civil War, an important battle (batalla de Medellín) took place in Medellín. The former Arab cistern was used as a bunker and, afterwards, as an ossuary. 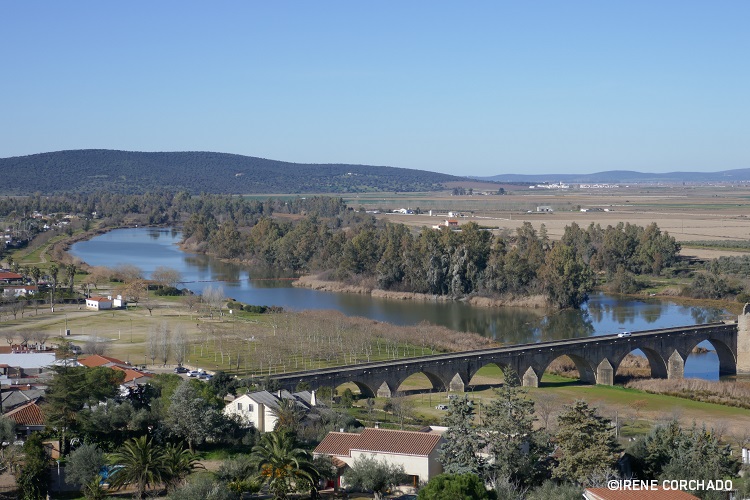 The first bridge was built by the Romans and was destroyed by floods in the 15th century. The second one had the same fate only 28 years after its construction. The bridge that stands today is 400m long and dates back from 1630, although the remains of the two previous bridges can be seen on both sides of the river. 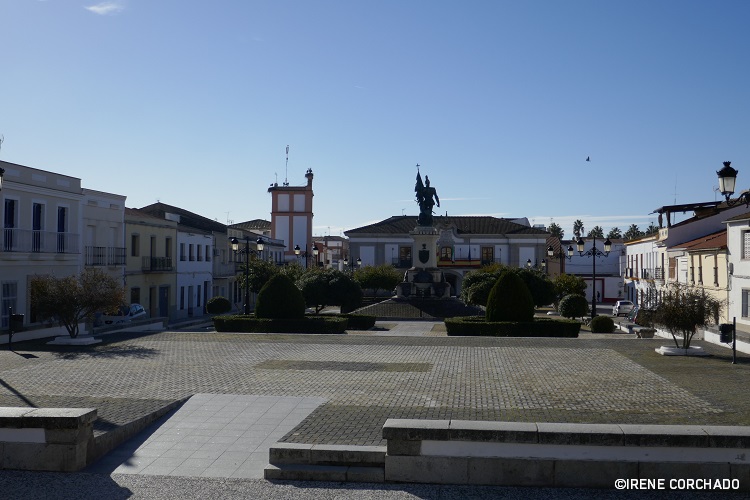 Called after México conqueror Hernán Cortés, the main square is dominated by a statue in his honour. Just a few metres from the statue the latest archaeological discovery has been made barely a few days ago. According to studies and reports from the 19th and 20th century, the house where Cortés was born was located there, and was later destroyed by the French army during the Peninsular War. But now there’s proof that it was there, as remains of the flooring have been found.

The square is a good place to take some snaps of the castle. In the streets surrounding the square you can find several palaces from the 19th century and traditional houses.

Medellín on a map

There are four other cities in the world named after Medellín. Read more in ‘4 Latin American cities named after places in Extremadura’.
If you like castles and views, you may want to visit

If you like Roman theatres, you may want to visit