(Last Updated On: 25/08/2021)
Extremadura is the cradle of the Spanish conquerors of the Americas. So, it’s no wonder Francisco Pizarro and his brothers in arms called the places they ‘discovered’ in the Americas after towns in their beloved Extremadura. Today I’m sharing with you a little bit of the history of 4 Latin American cities and their original counterparts in Extremadura. I hope you like it!

With a population of over a million people, Mérida is the largest city of the Yucatán Peninsula and the capital of the state of Yucatán. About 60 % of the inhabitants are of Maya ethnicity. That makes Mérida the city with the highest percentage of indigenous people of all large Mexican cities. Its origins date back from 1542, when it was founded by Francisco de Montejo y León ‘el Mozo’ (‘the young man’), who named it after the capital of Extremadura. Mérida was built on the site of the Maya city of T’hó (which means ‘city of five hills’) as a walled city. Today some of the city gates built by the Spanish still remain. Its historical centre is second in size only to that of Mexico City. It boasts beautiful colonial houses and some of the most important buildings, such as the cathedral, the city hall or the Casa de Montejo, former home of the city founder. 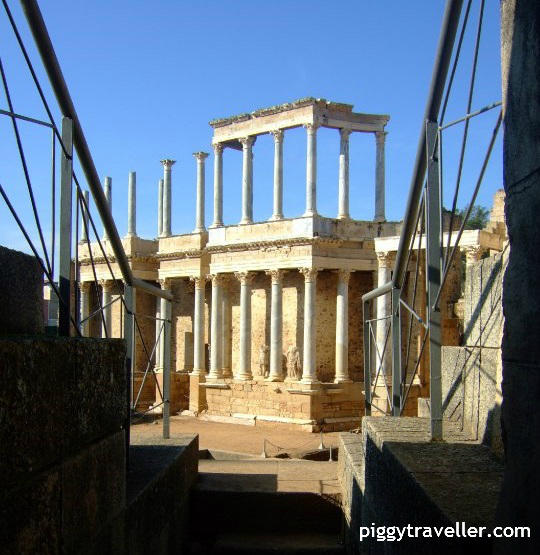 Smaller in size and population (about 60,000), but richer in history, Mérida is the capital of Extremadura. It was founded in 25 BC as Emerita Augusta by order of Emperor Augustus for the settlement of veteran (eméritos) soldiers. Known as ‘The little Rome’, Mérida has more Roman monuments than any other Spanish city and its Archeological Ensemble is a UNESCO World Heritage Site. Interesting fact: There are four cities in the world that share the name Mérida. The other two are in Venezuela and the Philippines. 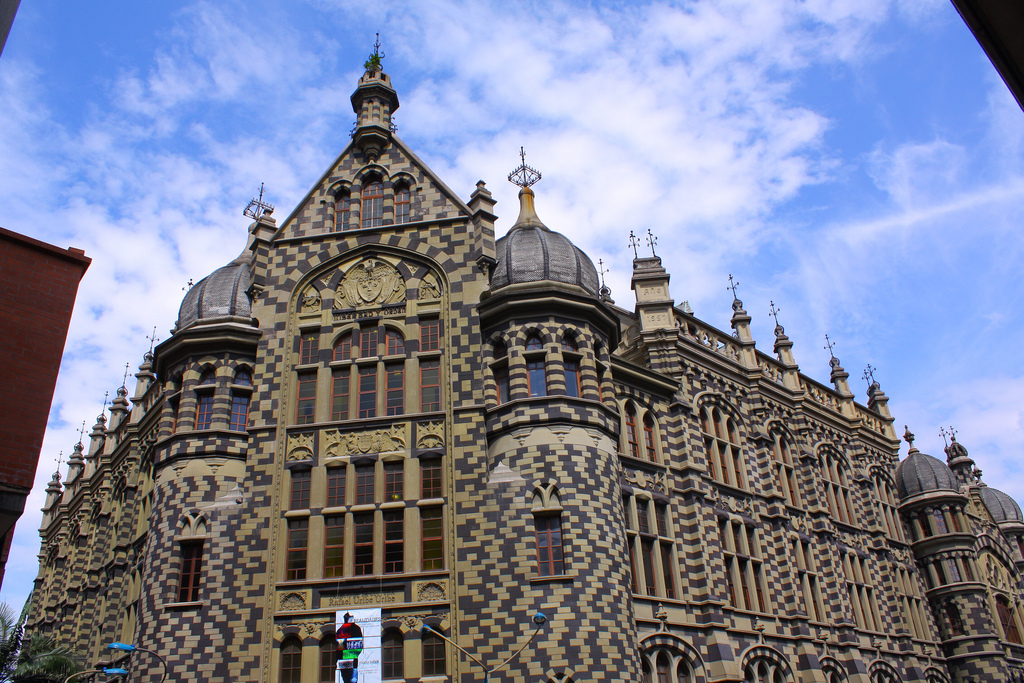 It’s the second largest city of the country and was founded in 1675 with the lengthy name of Villa de Nuestra Señora de la Candelaria de Medellín. They gave it the name in honour of Pedro Portocarrero y Luna, the then president of the Council of the Indies and Count of the city of Medellín, in Extremadura. Medellín is today important to the region for its commerce, universities and flower-growing. It’s also known for having a good nightlife and hosting a number of festivals throughout the year. 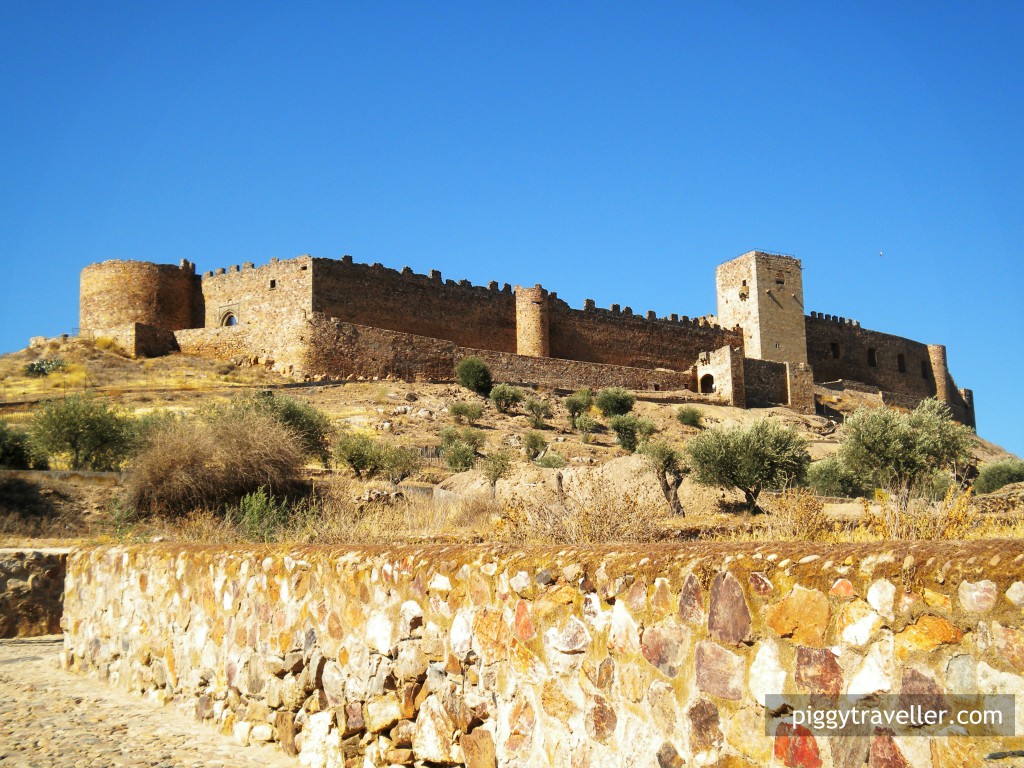 This small village in the centre of Extremadura is the birthplace of Hernán Cortés, one of the most notable and controversial Spanish conquerors. It was founded in 79 BC with the name of Metellinum by the Roman general Quintus Caecilius Metellius Pius to serve as a military base for his operations in western Iberia. Medellín preserves a beautiful Roman theatre (discovered about 5 years ago) and many monuments from later historical periods: an Arabic cistern, a medieval castle, several churches and a bridge from the 17th century. Interesting fact: Other cities around the world share the name Medellín. They are in Mexico, Argentina (two cities) and the Philippines. 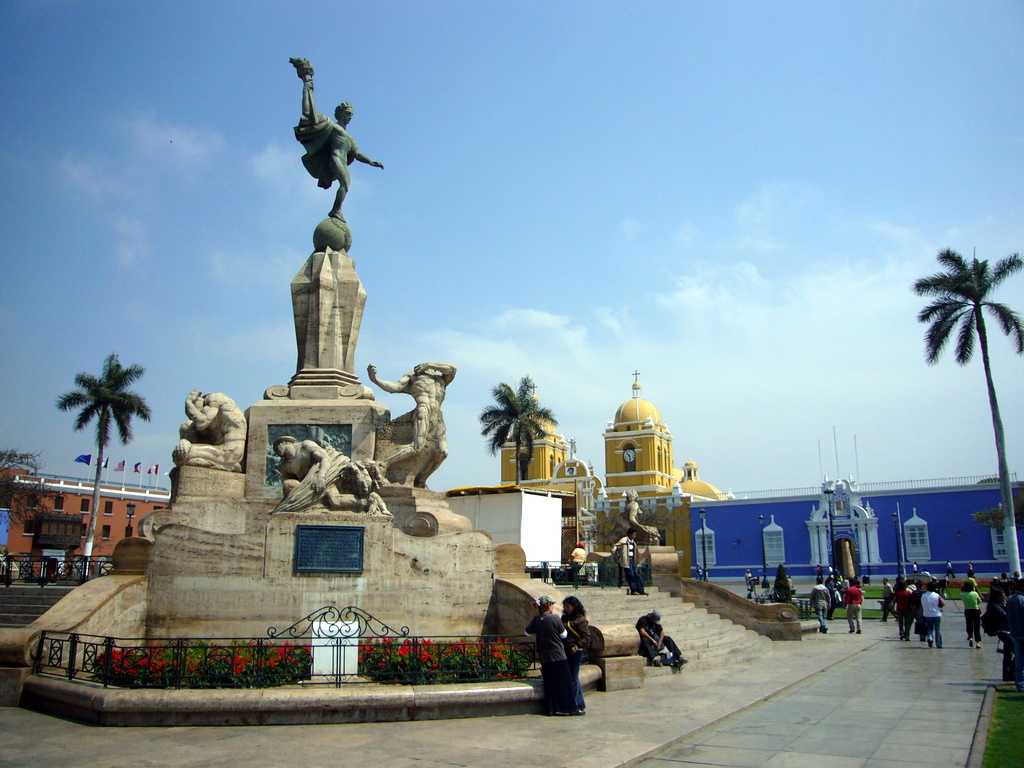 This large Peruvian city was founded in 1536 by Diego de Almagro, who named it Trujillo in honour of his companion (and later rival) Francisco Pizarro’s birthplace. Trujillo was the first Peruvian city to become independent from Spain. It’s considered the capital of culture of Peru and hosts several festivals, such as the Festival Internacional de la Primavera (International Spring Festival), or the Festival de la Marinera (the city’s traditional dance). 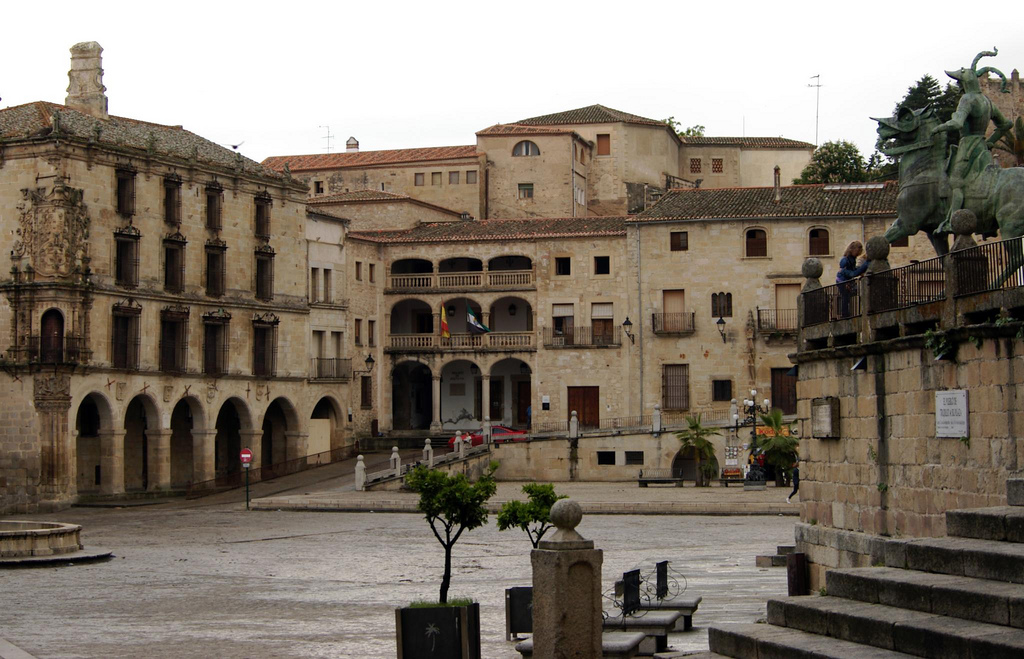 Located in the province of Cáceres, Trujillo – named Turgalium by the Romans – was the birthplace of several conquerors, including Francisco Pizarro. An equestrian statue of him can be seen today in the main square. Trujillo is one of the most important tourist destinations in Extremadura and it preserves a great number of monuments, such as the castle (and old Arab fortress), the fortress, a medieval tower, four city gates and numerous religious and civil buildings. Its National Cheese Fair takes place on 1 May and is another good reason to visit Trujillo. Interesting fact: There are cities named after Trujillo in Colombia, Honduras, Dominican Republic, Puerto Rico and Venezuela.

It is said to be one of the oldest places in the department of Antioquia and was known as Bajo Cauca before the arrival of the Spanish. Located only 240 km away from Medellín, it was founded in 1576 by Gaspar de Rodas (native of Trujillo, Extremadura) and named San Martín de Cáceres. The surrounding area offers many choices for nature lovers, such as the Natural Reserve Bajo Cauca-Nechí and several gorges (quebradas). Quebrada El Tigre, for example, boasts beautiful waterfalls and small lakes where you can swim. 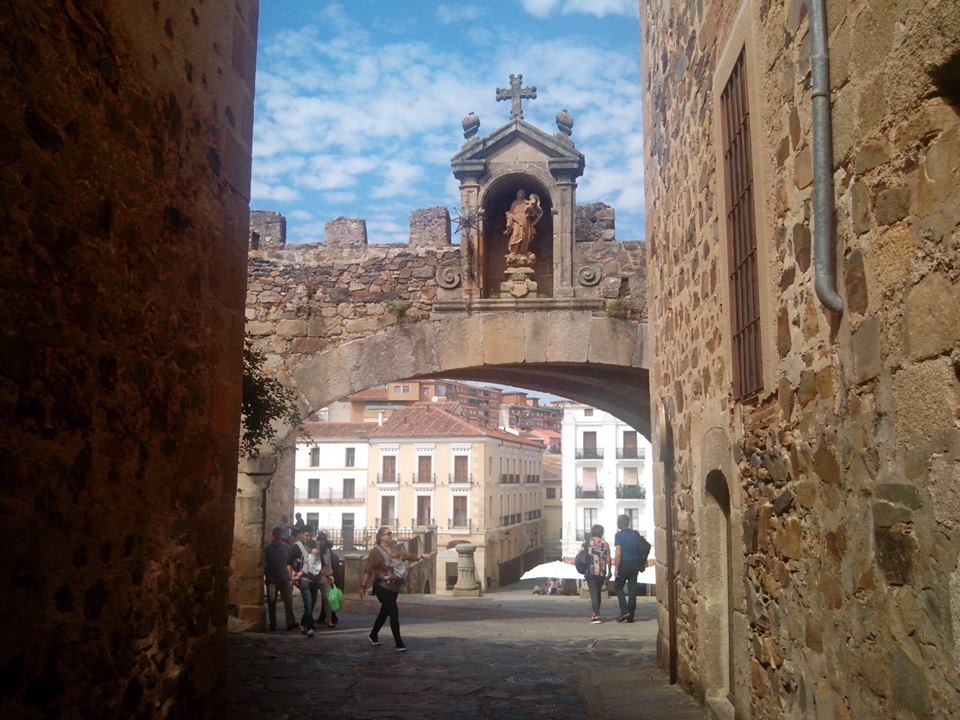 Cáceres was founded 25 BC as Castra Caecilia by the same Roman general that founded Medellín. It gained importance under the Roman occupation, but also spent a few centuries under Arab rule and had a relevant Jewish quarter when reconquered by the Christians in the 13th century. The city is geographically the largest in Spain (1,750.33 km2). Its walled city is a UNESCO World Heritage Site and hosts one of the most complete historical monuments from the Middle Ages and the Renaissance in the world.

Thanks to Graeme Churchard, Luis Pérez, Theodore Scott, peuplier and Daniel for the images in Flickr (with a Creative Common licence at the time of publication). Thanks to Elena for her picture of Cáceres.