Despite having visited La Siberia area several times, it wasn’t until last year that I discovered Cerro Masatrigo while using Google Maps to explore new places to go to. And on a hot September day, I set off early in the morning to walk up what must be Extremadura’s coolest roundabout. 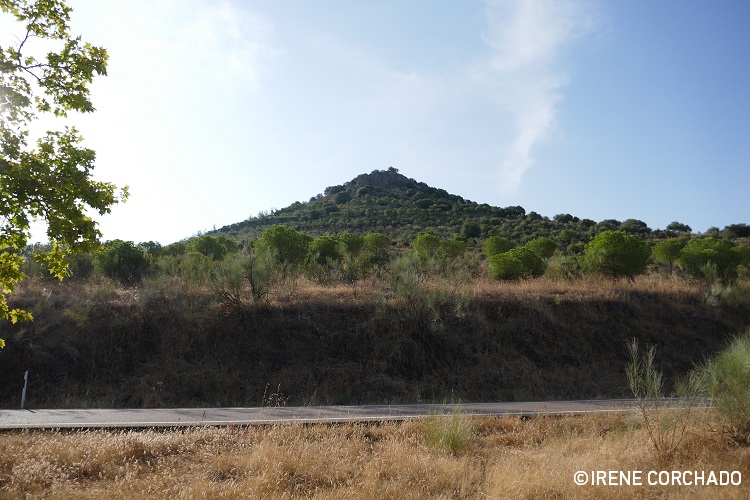 This conical hill (cerro) is located within Esparragosa de Lares. A dam was built on river Zújar in 1989, creating La Serena reservoir – the biggest in Spain and the third biggest in Europe. The surroundings were flooded as a result, making Cerro Masatrigo look like an island. Moreover, the hill is surrounded by a one-way road, making it look like a roundabout. 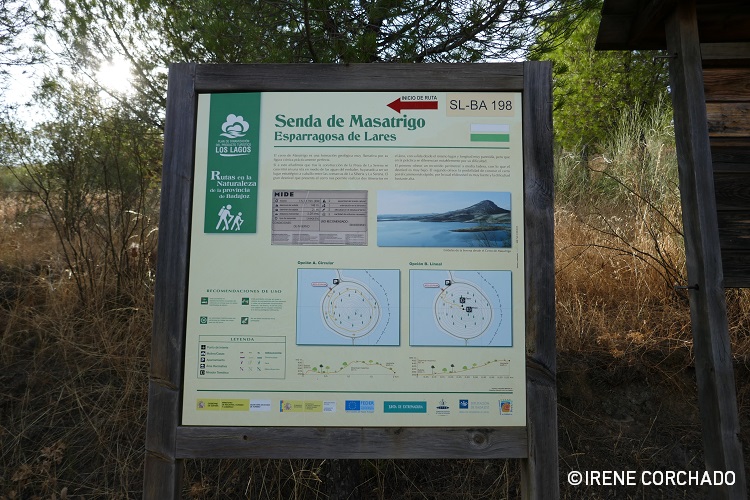 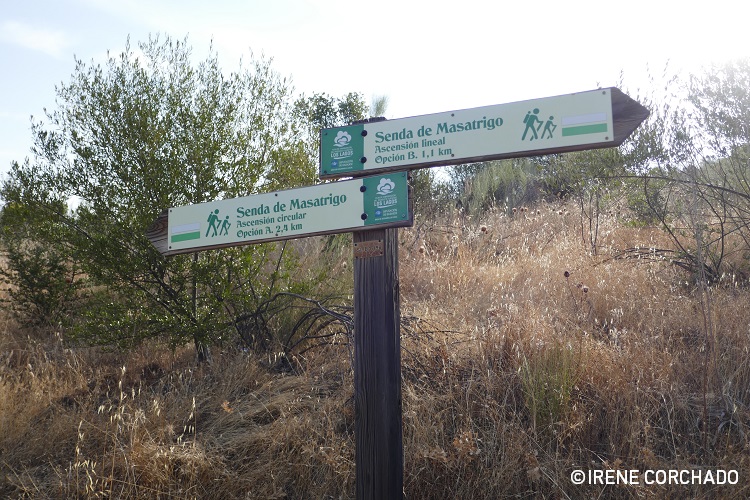 Thoughts on route B

Route B is short but steep. It took me about 30 minutes to reach the top, but bear in mind that I did it at the beginning of September at over 30 degrees and wearing a facemask. Facemasks were mandatory outdoors; I kept mine on for about half of the ascent until it became very difficult to breathe. There was NOBODY around apart from me and Husband, so I took it off and we simply walked a few metres apart.

There is no shade at all. You’re constantly exposed to the sun and by 10am it was already too hot. I personally wouldn’t recommend doing this route in the middle of summer. It’s better suited for late autumn (nice golden colours), late winter (to avoid rainy days) or spring (more water and greenery around). Landscapes and colours in Extremadura change enormously throughout the seasons and I plan to go back to Cerro Masatrigo in spring.

In the meantime, here’s a selection of pictures taken during the ascent to Cerro Masatrigo in late summer 2020.

(Pictures taken during the first half of the ascent) 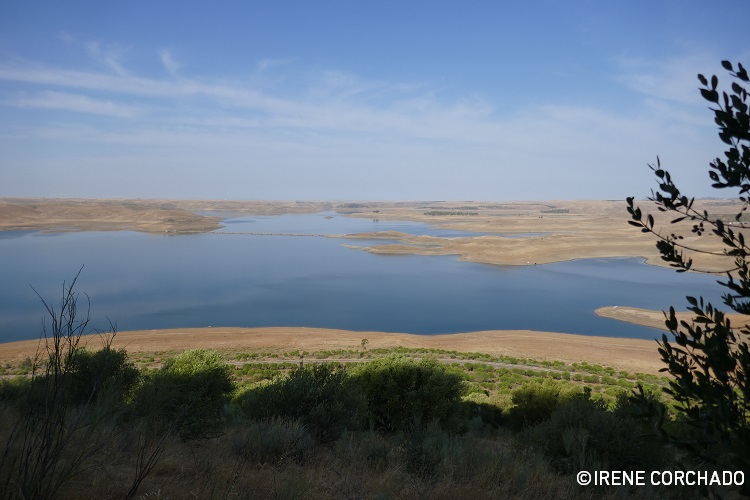 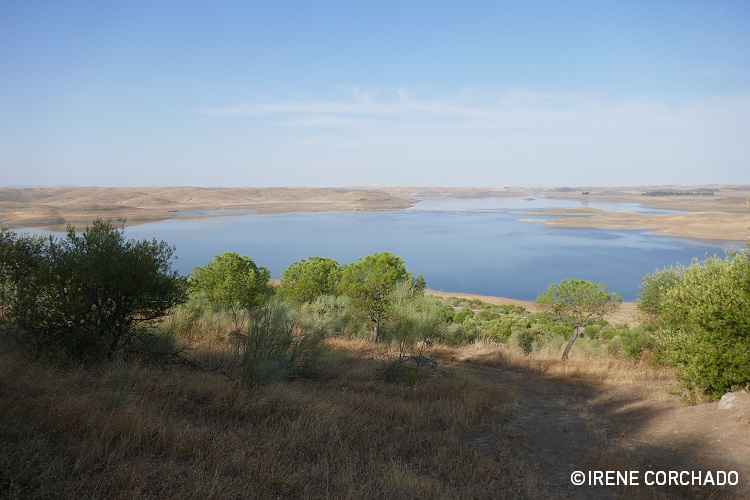 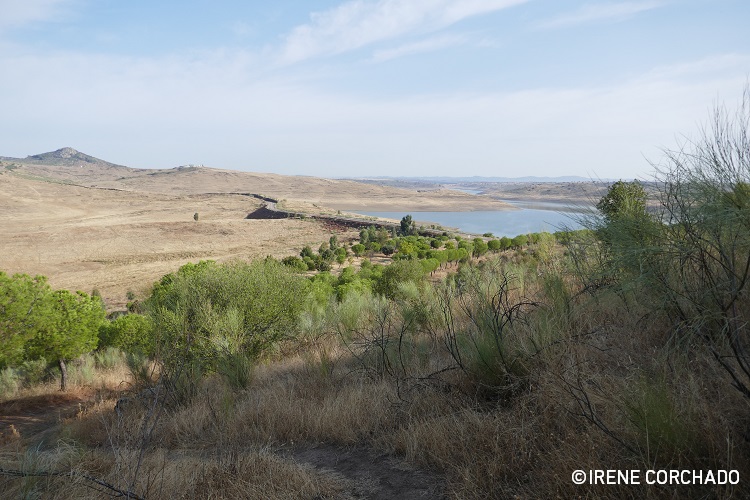 (Pictures taken during the second half of the ascent) 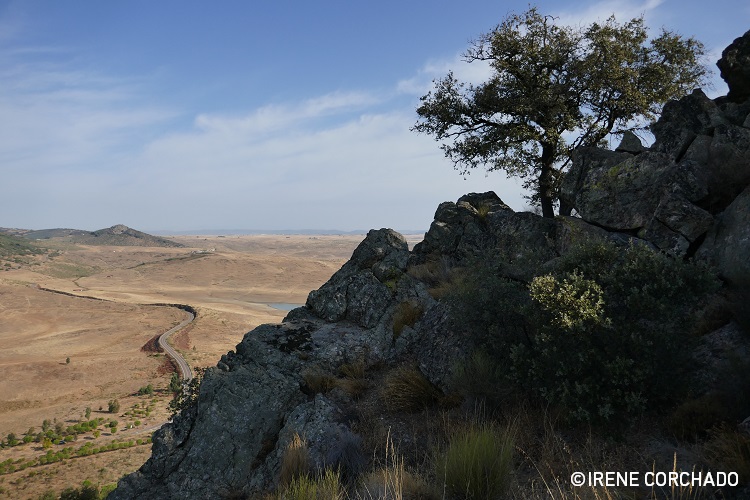 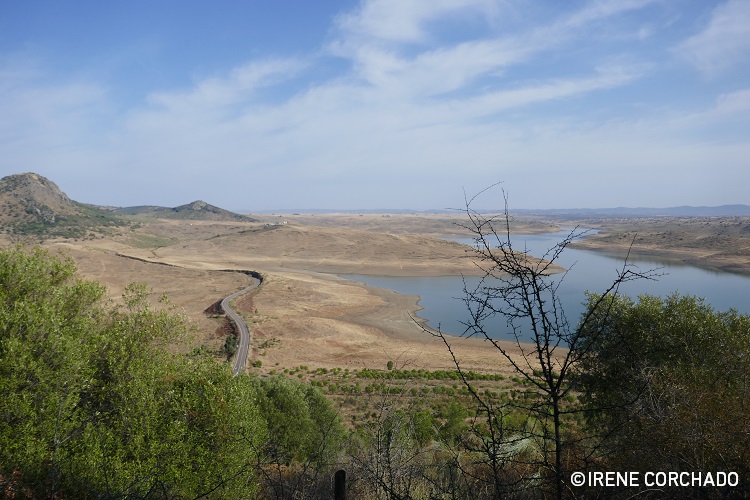 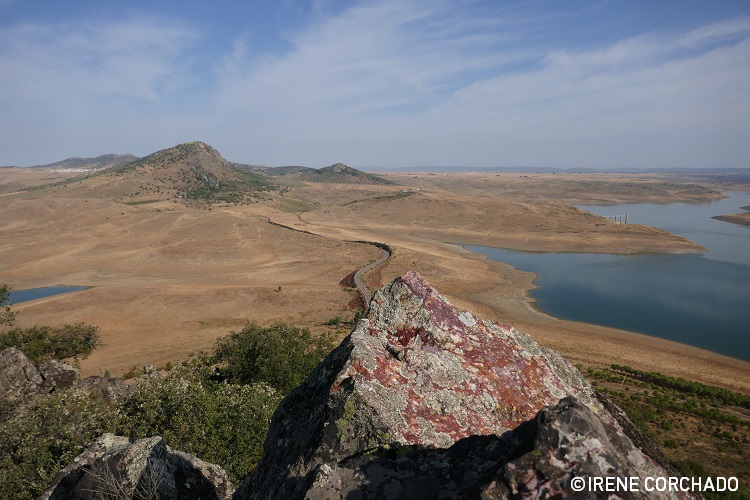 (Picture taken from the top) 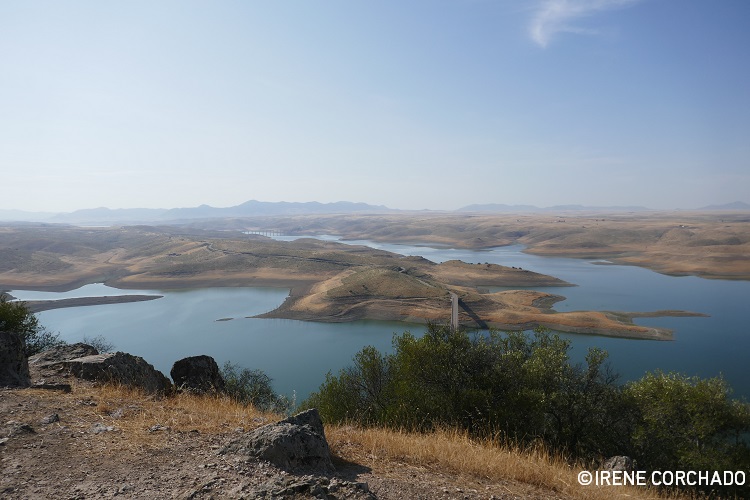 Views of Cerro Masatrigo and the surroundings

After completing the route, we drove around Cerro Masatrigo several times looking for a good place to stop the car and take pictures and of the hill. I found a good spot on the EX-322 road just south of the hill and across the bridge. We then drove down a dead-end lane searching for a different perspective. The landscape looked otherworldly. 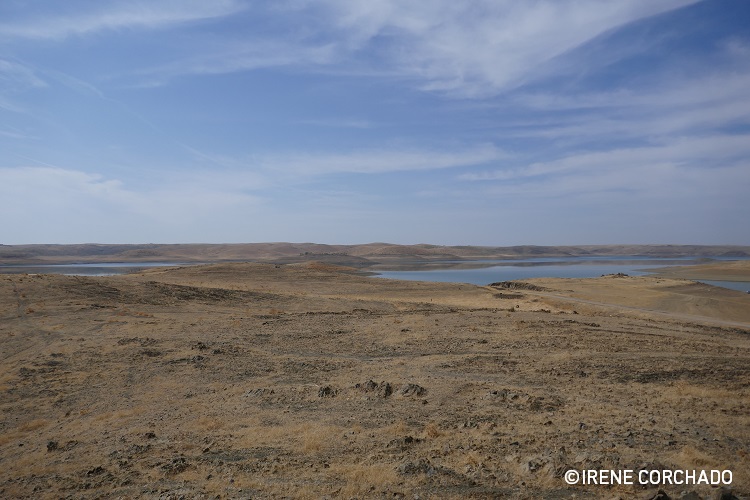 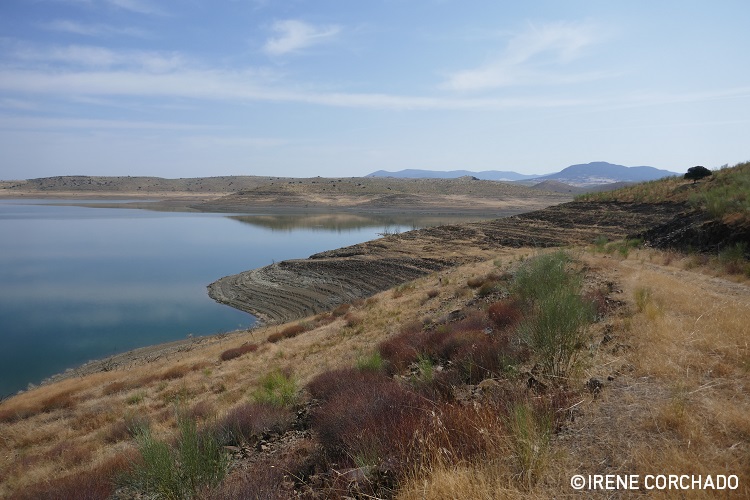 Cerro Masatrigo on a map