The Yuste Monastery and the last trip of Emperor Charles V

If you didn’t have long to live, where would you like to spend the rest of your days? When Charles V Holy Roman Emperor asked himself that question in 1555 he didn’t go for a sumptuous palace. Instead, he chose to spend his last days in a remote monastery in northern Extremadura.

The Yuste Monastery is located in a bucolic and peaceful environment in La Vera area. Surrounded by trees and water streams it made the perfect place to retire for a sick and depressed man unable to cope with a difficult personal situation. 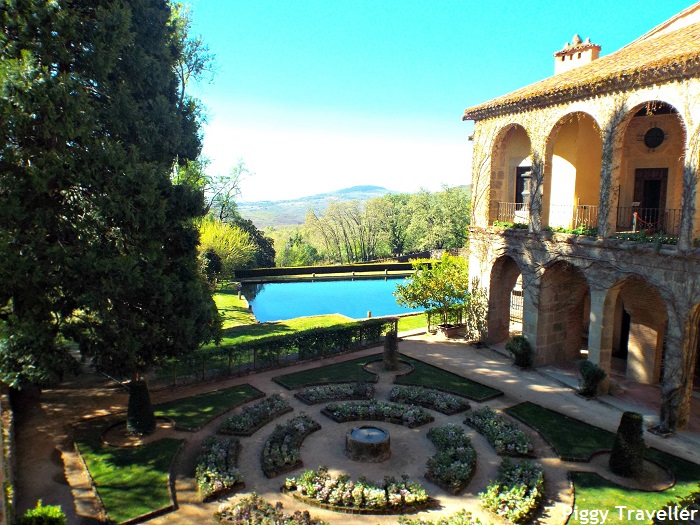 Not bad a view!

Charles V was the most powerful man of his time. Born in Ghent in 1500 to Philip I the Handsome and Joan the Mad, he was Holy Roman emperor, king of Spain (as Charles I) and king of Germany (as Charles V). He inherited an enormous empire that extended from Spain to Austria and the Netherlands and included the Spanish America. With such a vast territory to rule no wonder he had to face many wars during his life. He fought against the French, against Protestantism, against the Ottoman Empire and faced open revolts in Spain and in his native city. In 1555, sick and afflicted by gout he abdicated in favour of his son Philip II and later retired to the Yuste Monastery, where he died in 1558.

Bust of Charles V at the entry of his house-palace.

He married his own cousin Isabella of Portugal out of purely political reasons, as he was away for long periods and needed somebody to govern Castile and Aragon during his absences. Isabella died after complications with her sixth pregnancy. Charles was deeply affected by the loss and never remarried. However, he is often said to have been a ladies man and is said to have fathered five children to other women. Not only that, they also say he was a regular at Casa de las Muñecas, the local brothel in Garganta la Olla, although there is no official proof of that, and it was probably his troops who popped by every now and then, and not himself.

Check out this video about Charles V for more historical information about his life and empire.

The Monasterio de San Jerónimo de Yuste was originally built by locals to shelter hermits and monks and comprised a church and two cloisters. The structure of the ensemble was later modified in order to accommodate Charles V. They built a house-palace that was moderately decorated, taking into account who it was for.

The church is a Late Gothic temple that also displays a few Renaissance-style elements from the 16th century. Its structure is pretty simple, with only one nave which leads to the Gothic cloister, a rectangular open space surrounded by an elegant arcade. 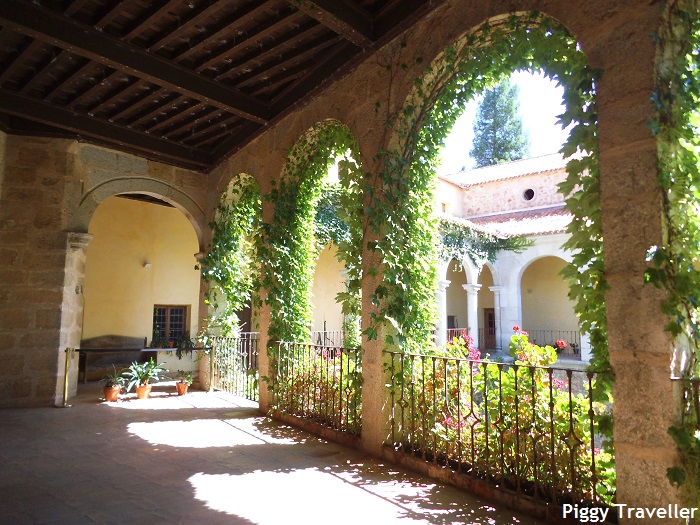 The new cloister is lavishly decorated compared to the Gothic one but, unlike the Gothic cloister, this one is bigger. The columns of its arcade are Renaissance-style, decorated with volutes and garlands. It’s a nice little space with a fountain in the middle and trees, truly peaceful and quiet. 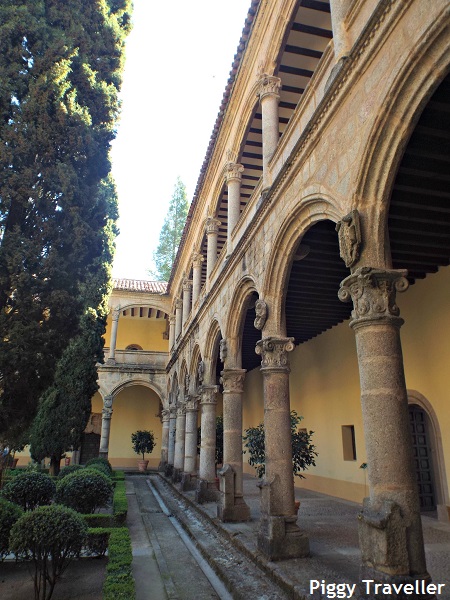 From the second cloister and via an arcade facing a garden you will arrive at the building that housed Charles V for around two years until he died. You’ll find four rooms separated by a wide corridor —two on the left with external views and two on the right, with no windows whatsoever. The rooms on the left are a dining room and a courtroom, both facing the garden and the pond. The interior rooms on the right are the Emperor’s bedroom and an antechamber, which contains several swords and personal objects from Charles V. 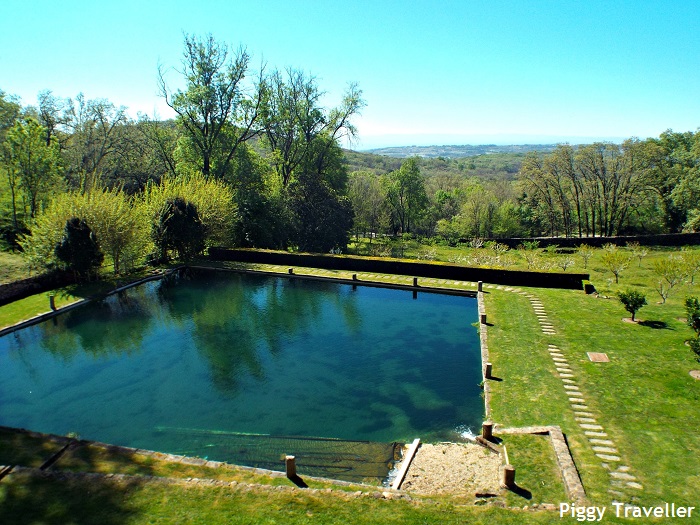 The dining room and the courtroom both face the garden and pond.

The bedroom is the most interesting room to see. It’s unusually stark and dark. It lacks furniture, apart from a four-poster bed, a chest of drawers, a picture on the wall and a specially-designed chair where Charles V spent most of the time, as he was almost unable to walk, due to suffering from gout. The walls are covered by thick heavy dark curtains, creating a gloomy and depressing environment.

One of the most surprising things of the Emperor’s bedroom is the fact that it leads directly to the church. That means he was able to hear mass from bed with no need to get up.

I don’t know about you, but the idea of spending the day hearing mass in a windowless, dark room with no ventilation makes me cringe. Surely that wouldn’t be too good for him, would it?

As pictures are not allowed inside the church or the house, have a look at this official video of Yuste Monastery so you have a better idea of what the ensemble looks like.

What to do before or after the visit

I would recommend getting there as early as you can to visit the place at your own pace, taking as long as you want without feeling a bit rushed.

If you are staying in the area for a few days you might consider:

Location on a map