A walk and lunch in Cañamero

Cañamero is a small town located in the southeast of Cáceres province, not far from Guadalupe and within the Villuercas-Ibores-Jara Geopark, a protected area of natural beauty and geological relevance.

From my point of view, the town itself isn’t particularly pretty. The main reasons for visiting would be trying the local red wines that Cañamero is famous for and walking.

As I haven’t really explored this area of Extremadura, during my last trip back home I did a day trip to Cañamero area for some walking, lunch and a visit to a nearby mine.

I found Cañamero to be a sleepy town, and, for some reason – perhaps the fact that every extremeño has heard of it – I also expected it to be bigger. The plan was to pop by the Geopark visitor centre to ask for maps and advice on a short walking route in the area. On our way to the visitor centre we walked through the town, and only met two people – an old man and a chemist having a smoke. What we did encounter in big numbers were churro shops. We saw at least four churrerías in the main road, something quite extraordinary for such a small town.

The walk to Cueva Chiquita

From all the different routes available, we chose a very short one, as we only had a few hours in Cañamero before heading to our next stop, and wanted to be back in town for lunch. Cueva Chiquita is a cave about 20 minutes away by foot, which displays cave paintings. The surrounding landscape is amazing, with the Villuercas mountains and River Ruecas to your right (left in the pictures).

The paintings are all over the cave – some of them even 5m high. There are crosses, human figures, animals, lines, dots… It was quite entertaining spending some time to read the signs and then try to find the paintings. 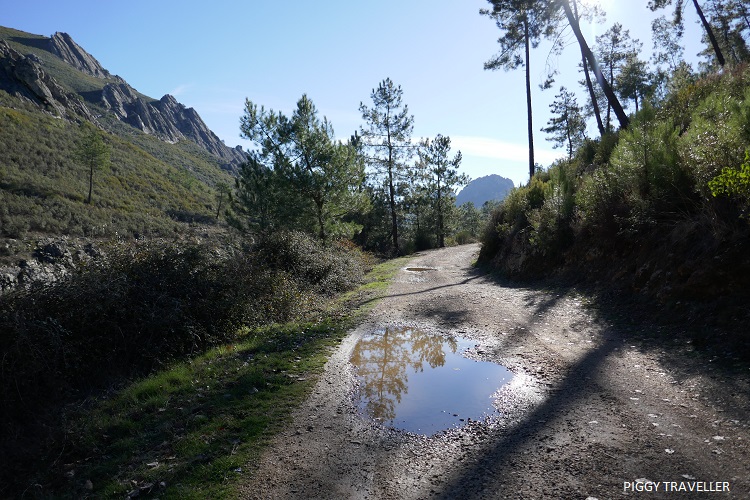 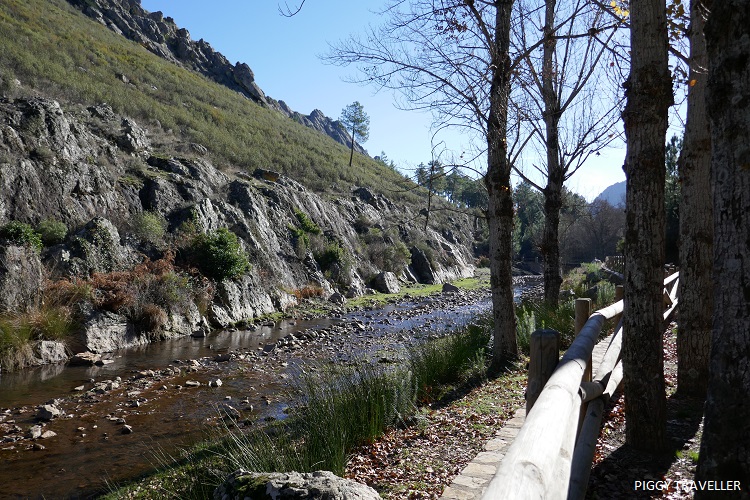 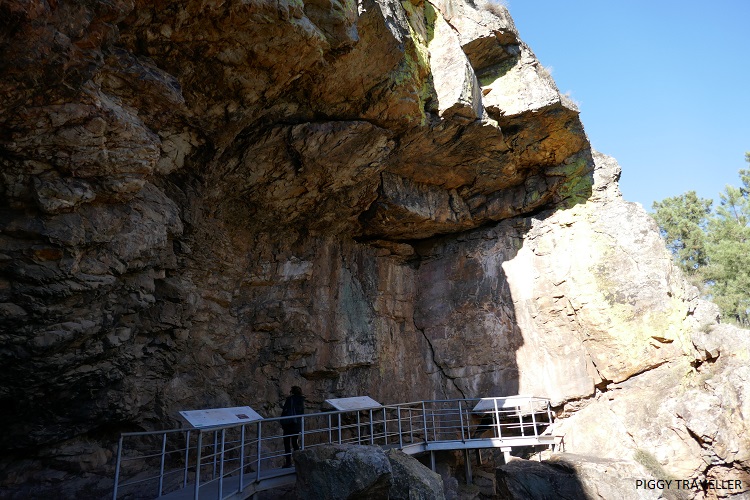 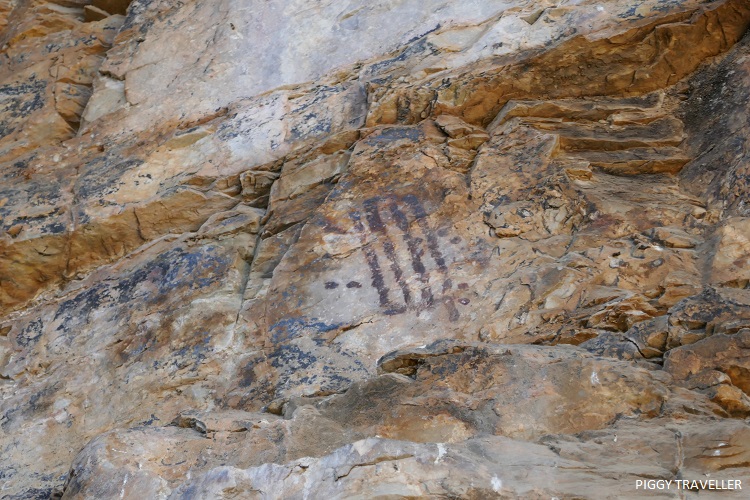 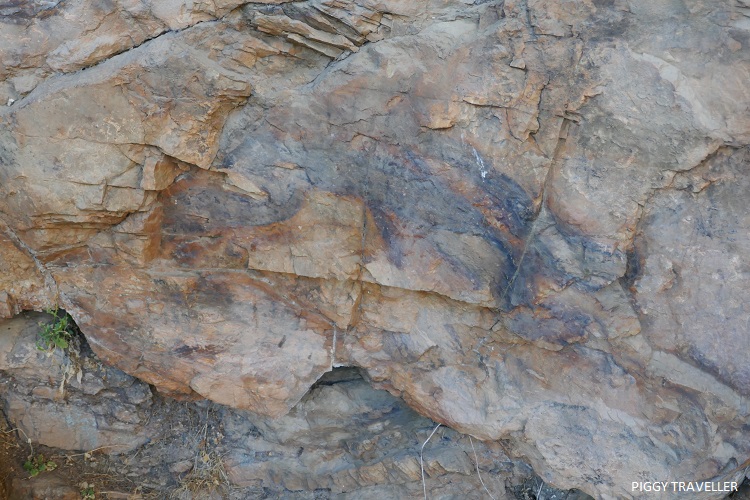 It’s said the painting in the picture above displays a dragon. The legend has it that a local shepherd found a small snake (chiquita means ‘the small one’) and fed the animal with milk from his goats. He later left and joined the army. A few years afterwards he returned, only to find out what he thought was a snake was a baby dragon that had by then turned into a monster. The dragon, not recognising the former shepherd, killed him.

From the cave, you can spot the local dam high above, and we thought it would be a good idea to drive up and admire the landscape from a different spot. 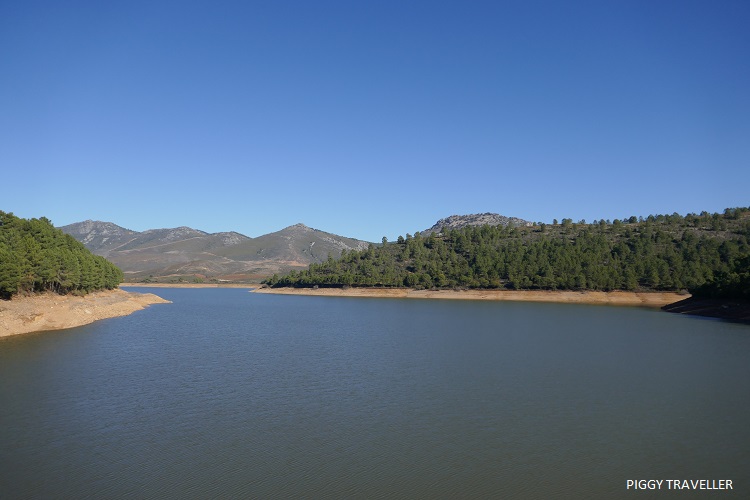 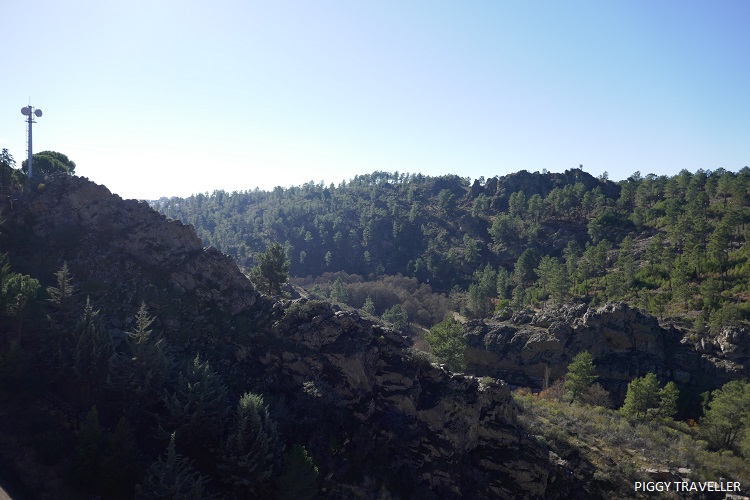 In the picture below, you can see the walking route to the cave (in red) and the drive up to the dam (in blue pen).

Once back from the dam, we decided to wander around town a bit and look for a place to eat. Now Cañamero looked a tiny bit less sleepy. We saw four retirees sitting on a bench in the sun, and a few cars. We also came across the local Cultural Centre, which looked like a recent built. One would think a Cultural Centre is a good addition to a small town but whoever drew an enormous penis on the facade clearly doesn’t agree.

Having checked the bars of the main road, this was the best restaurant we bumped into. We found the place nice enough, the staff was attentive, the food was good, and so was the price, so I’d recommend it. I haven’t stayed in the hotel, so I can’t personally recommend it as accommodation. You may want to check it out using the link in the practical information section below. 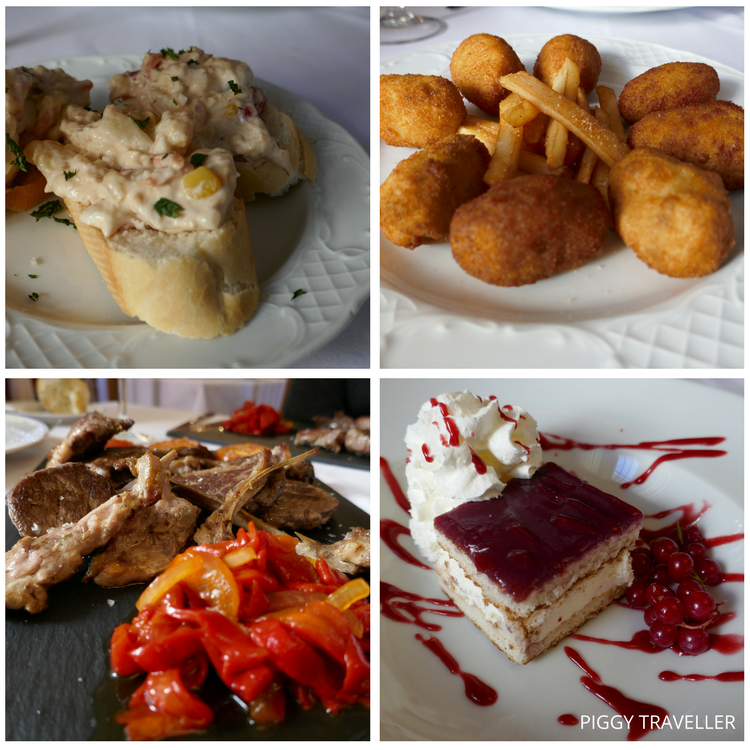 I later found out there is a restaurant outside the town called Algo Así managed by a Swiss couple that offers a set menu for a fixed price. They only use locally-sourced ingredients and the menu changes according to what’s available in their garden and in the area, so you don’t know what you’re going to eat until you get there. Apparently, there’s such a demand that you need to book weeks in advance. I’ll have that in mind for my next trip to Cañamero and write about it once I’ve tried it.

Cañamero on a map