Spain is a country with a rich and varied regional culture and, unlike other countries, we don’t have such thing as a national costume. Foreigners often associate Spain with the ‘traje de flamenca’, but that outfit is worn by Andalusian women during festivals only. Each region in Spain has its own costume.

On my recent trip to Extremadura, I went to Navalmoral de la Mata, in the Cáceres province, to learn a bit about the Extremaduran regional costume. I chatted with Santiago Casas, owner of Artesanía Rosa Mary, who kindly explained how the costume is made and showed me the different garments.

The regional costume is an adaptation of the street clothes worn in Extremadura in the past. People simply started to add more and more embroidery and details to make them stand out. 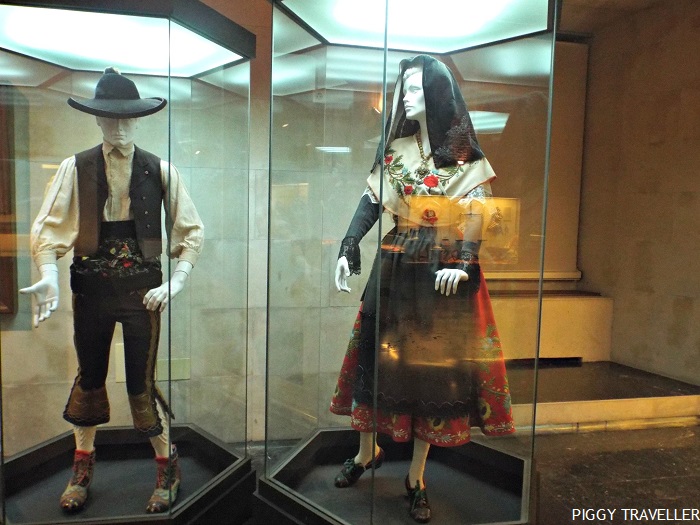 There are many variations of the regional costume, depending on the area or even the town you go to, but all of them have certain things in common.

The women’s dress consists of the following elements:

Shoes (embroidered or not) 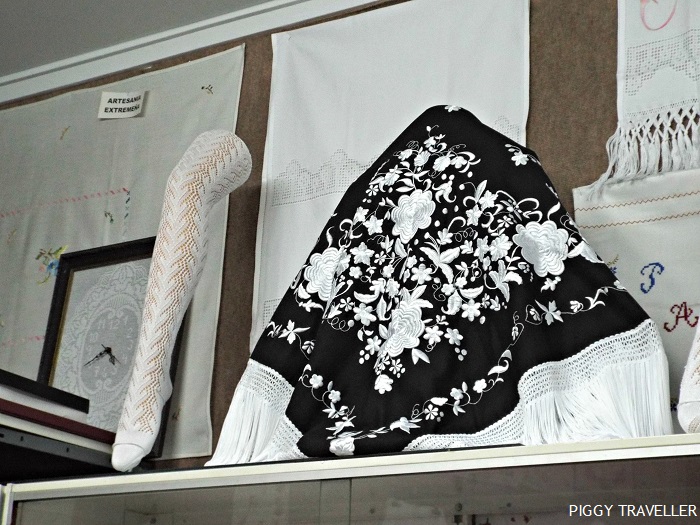 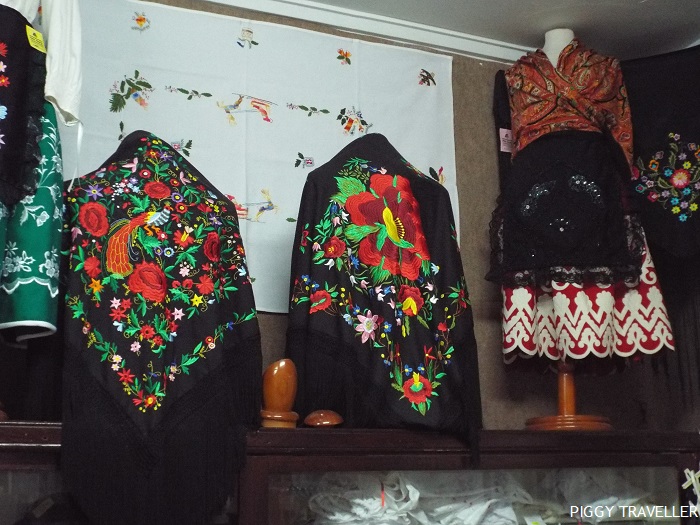 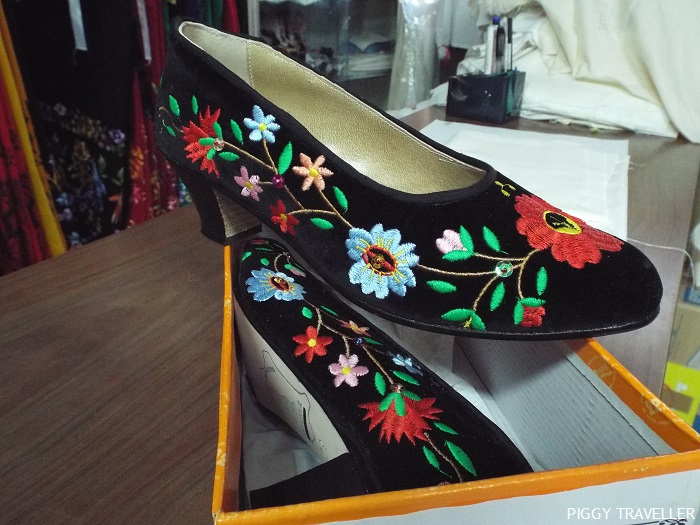 Jewellery plays an important part. Women wear big and golden necklaces, brooches and earrings like the ones in the picture below. 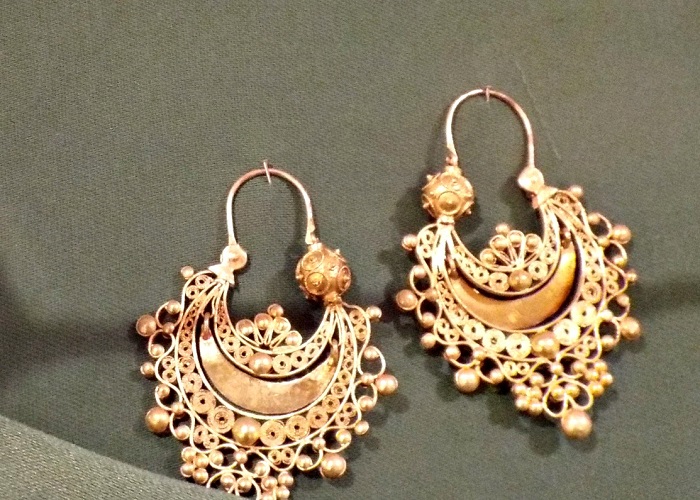 The men’s costume is a lot simpler than the women’s one, and it includes: 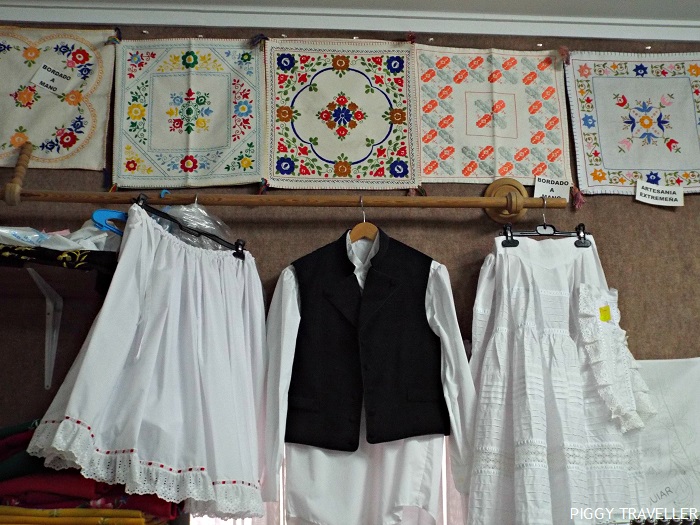 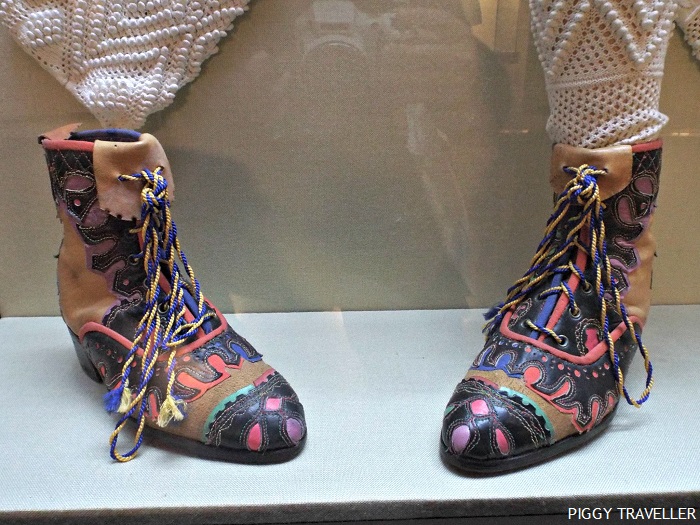 Traditionally, the skirts are embroidered by hand, requiring skills and a lot of time. It takes about three months to make a skirt.

In La Vera area, in northern Extremadura, the type of skirts worn is called ‘de picos’, because the scissors (pinking shears) used to cut out the design create ‘peaks’ as a result. This skirt was used as an underskirt. The wealthier the woman, the more skirts she wore. In Montehermoso (their version of the regional costume includes a spectacular and colourful hat) they say some women used to wear up to seven skirts at the same time! The outer skirt was the finest and highest quality one and had impressive and complex embroidery. As you can imagine, it was all about showing off.

In Trujillo skirts used to be stripped and made using a loom until all local weaving workshops closed. Then they adopted the ‘picos’ type of skirt. 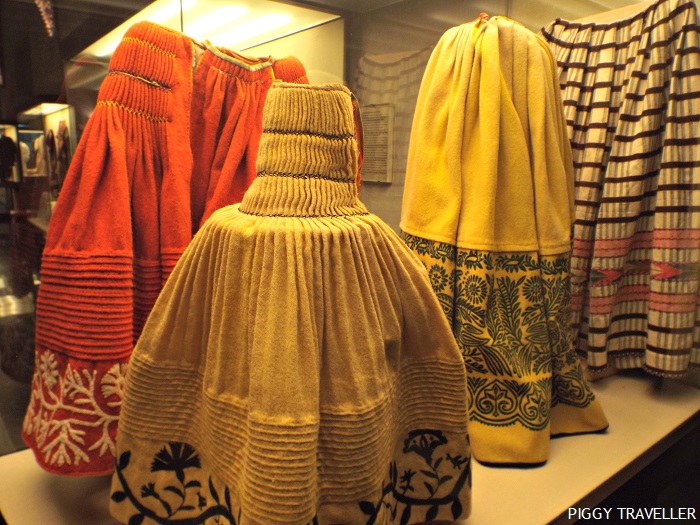 Santiago showed me one of the oldest types of skirts in Spain. It’s red, with a geometrical design that doesn’t involve embroidery, as it didn’t exist. The design was created with an iron tool commonly used for marking livestock. 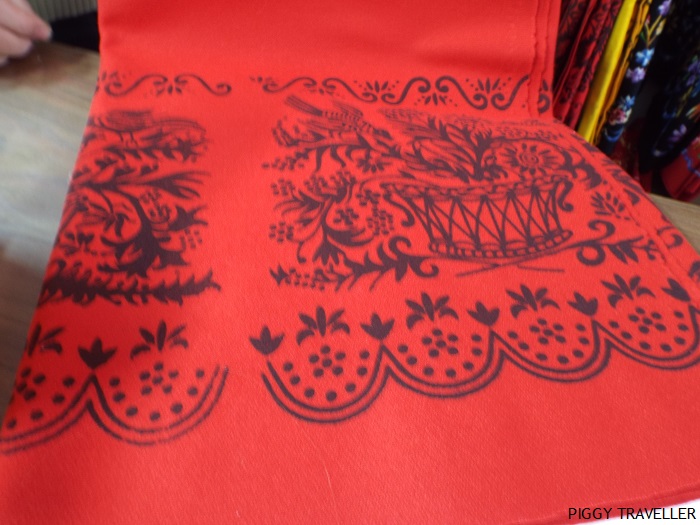 The same happens with shawls. They are worn creating a V shape at the back in a way that the embroidery of the skirt is visible, even if only through the fringe of the shawl. 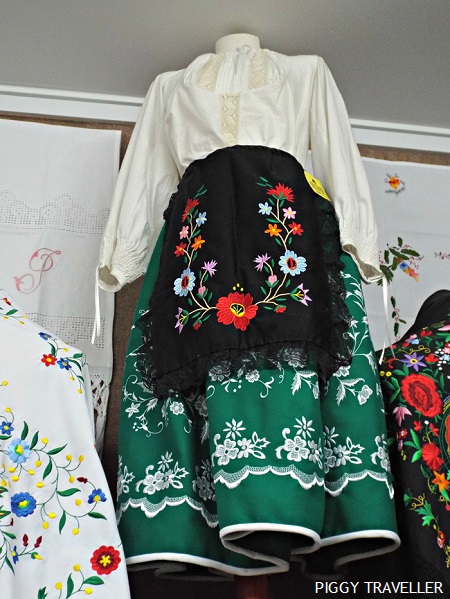 Women’s dress with a short apron.

In this video below you can see different variations of the regional costume. Performance of one of our traditional folk dances jotas at Mérida’s Roman Theatre.

How much do costumes cost?

A full women’s outfit embroidered by hand can easily reach €800. Although you might think it’s expensive, bear in mind this is a once-in-a-lifetime outfit. You don’t buy one every year. Many people buy it one garment at a time until they have the complete costume and make small additions with the time.

With the economic crisis hitting Spain very badly, many customers cannot afford to spend that amount on something that is more a source of regional pride than a necessity. That’s why Santiago and his wife changed their fabrication process to make costumes more affordable.

They now use embroidery machines upon request. The cost and the time of making costumes have been reduced, but not the quality. A skirt embroidered using a machine takes only three or four weeks to complete. To reduce the price, even more, they offer the possibility of using lower-quality fabric. 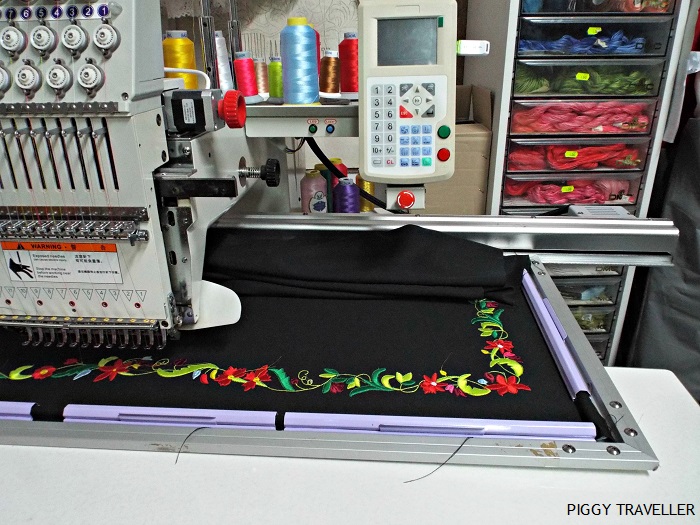 Santiago has been in the business for almost 30 years. He learnt embroidery from his mother at the age of 18 and started helping her with the shop by embroidering tablecloths.

Due to the difficult economic situation in Spain, the textile business isn’t his main activity. He works as an accountant at the local hospital and his wife is the one taking care of the costumes business. Santiago uses most of his annual leave to help his wife working at the shop. He is a member of the Extremadura Craft Association and head of the area division of Campo Arañuelo. He takes part in craft fairs and markets around Spain. Last year, Artesanía Rosa Mary won the best textile business award at Plasencia’s Martes Mayor festival. 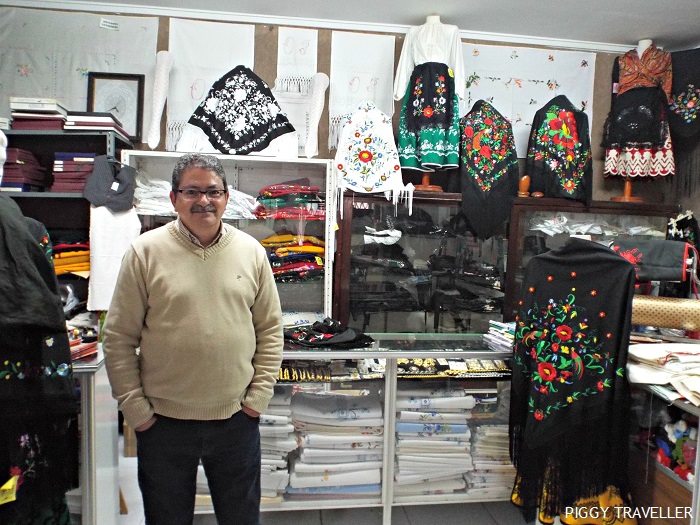 Santiago at the shop.

Their clients range from individuals to folklore groups from Extremadura, and also from other neighbouring regions. They sell their products both in Spain and abroad. Check out their online shop to browse products and prices.