Robledillo de Gata is said to be one of most beautiful villages in Extremadura and on my last trip back home I found out why. Mountains, water, relaxation, slow life and picturesque architecture are waiting for you. 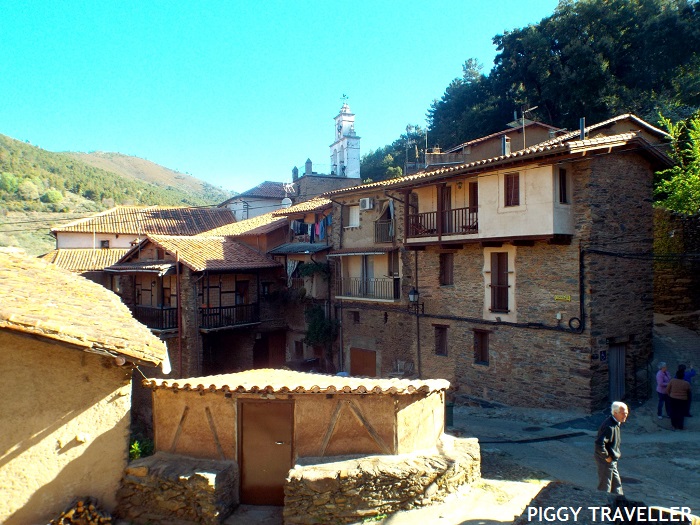 Where is Robledillo de Gata?

This little village with a population of barely 190 people is set deep in the mountains of Sierra de Gata. It’s located in the northwest corner of Extremadura, with the province of Salamanca on the other side of the mountains and not far from the Portuguese border.

It is one of the most remote areas in the region and there is only one road taking you to Robledillo. This isn’t a place where you stop on your way to somewhere else. You need to know it exists and actually want to get there. Oh, and have a car. 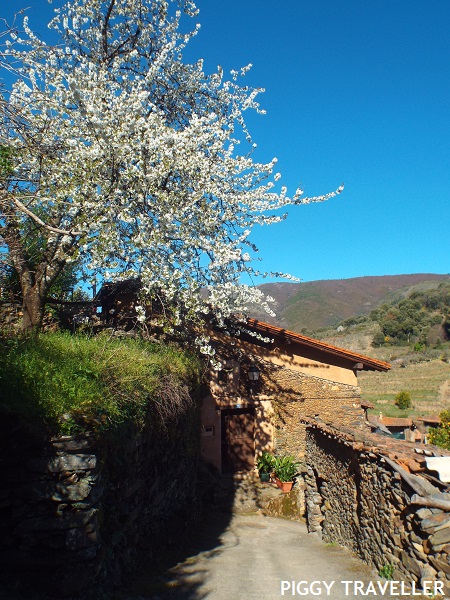 Robledillo was our last stop during our spring road trip in northern Extremadura. We drove there from Ahigal, where we stayed the night, and after the visit we drove down to Cáceres to deliver the car. It was a quick one-day trip to a gorgeous place that left me wanting to go back and explore the area a bit more.

The mountain scenery is stunning. You won’t see Robledillo until you are almost there. It looks like it’s playing hide-and-seek with you, waiting at the bottom of the valley to eventually show itself and give you a warm welcome with its chocolate brown houses and orange roofs set up against a green natural background. 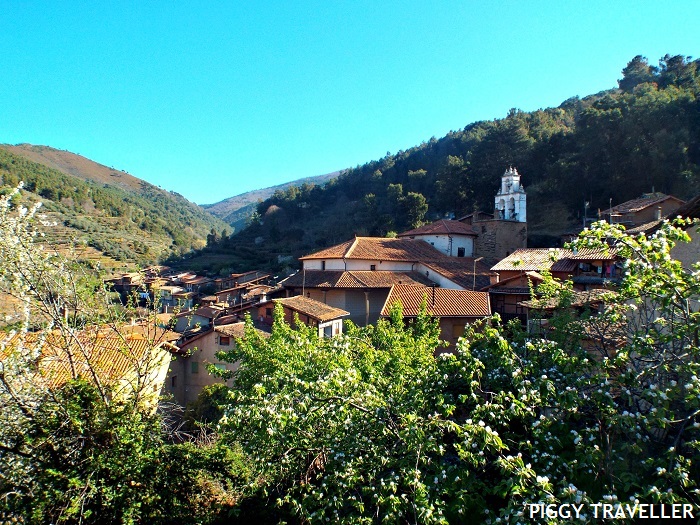 We arrived at Robledillo in the morning, parked the car in a small square at the entrance and walked. I wouldn’t recommend trying to drive inside the village. The streets are the steepest and narrowest you can imagine, so may want to leave the car at the entrance as we did.

It was a very cold morning, colder than we expected. The sunlight didn’t reach most streets until midday and we found ourselves wandering around shady, empty streets. It seemed people didn’t have any intention whatsoever to wake up and leave their houses.

Our plan was to walk around the village, visit the local olive oil museum and find a place where to buy some local products. The museum didn’t open until 11:00, so we had enough time for a walk.

Robledillo displays one of the best examples of popular architecture in Extremadura, and has been declared a historical-artistic ensemble. Its isolated location has helped it preserve its buildings throughout the years.

The houses have been built making the most of the slopes using local-sourced materials such as stone, adobe, chestnut tree wood and slate. The streets are very narrow, with roofs almost touching each other. 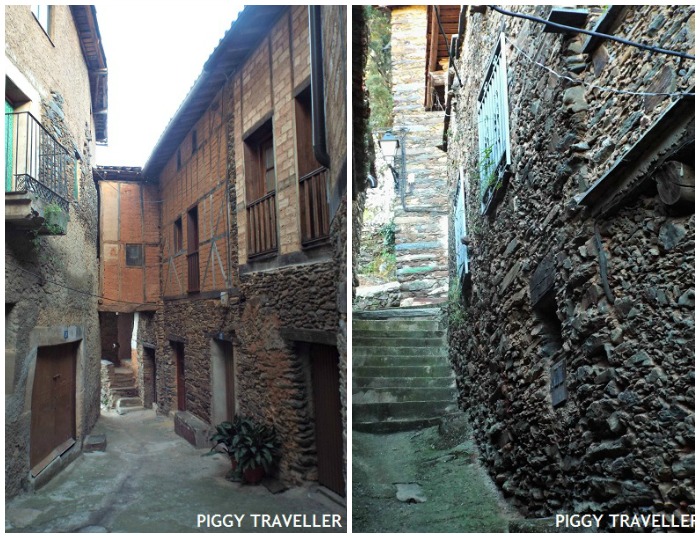 Streams of water run down some of the streets into River Arrago and the murmur was the only sound to be heard, together with our footsteps. There is no route to follow here. We walked around the village a few times, trying different streets on the way and constantly stopping to carefully observe the details—the doors, the windows, the beams, the flowerpots, the balconies… 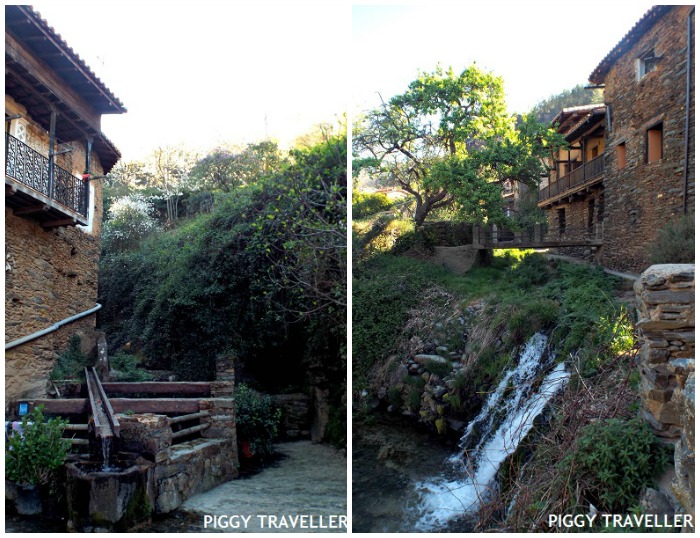 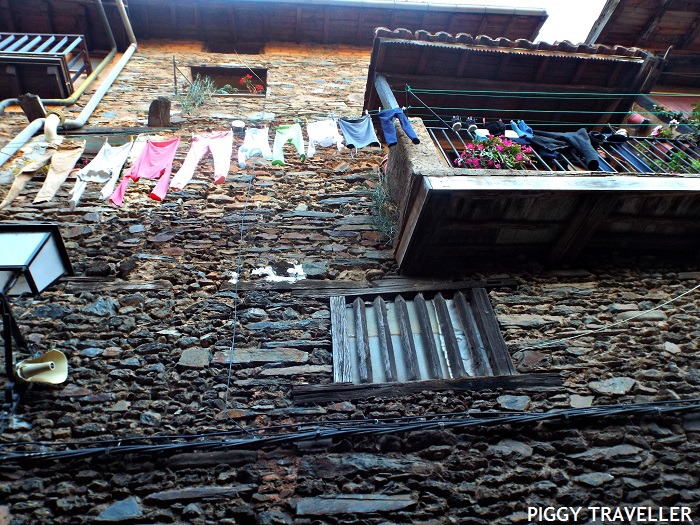 Some houses ‘float’ over the streets, creating passageways. You can see the intricate wooden structure that supports them from below. Later on we would be told at the olive oil museum that many houses had wine cellars in their basements, where they kept vino de pitarra, strong homemade wine produced locally in small quantities. 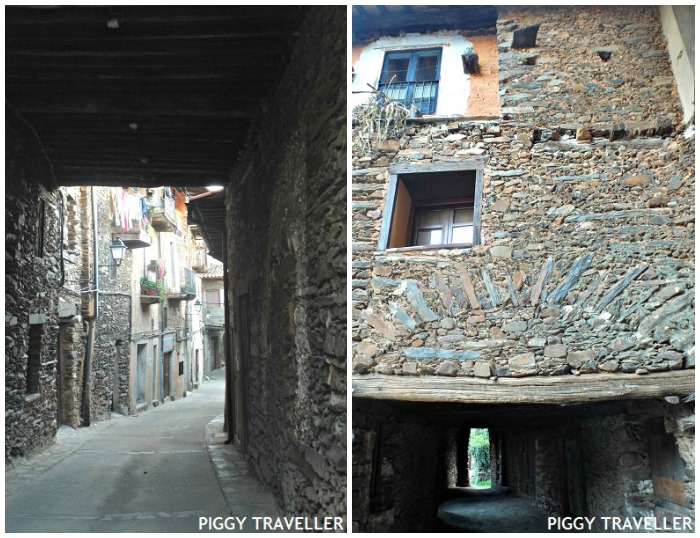 Soon afterwards we found ourselves looking for a place to have a coffee, but finding an open bar turned out to be more complicated than we thought. There are only three bars in the village and two of them were still closed. We went to Mesón Barrero and relaxed for a bit over a cup of coffee (and ColaCao). The place was a charming old-style bar with walls decorated with all sorts of farming tools. Another visitor came in right after us and asked the waitress where to buy bread, only to be told with an apologetic smile that the baker usually arrives at noon. There are no bakeries in Robledillo and the baker comes from Cadalso, a bigger village (500 people!) 15 minutes away by car. So, there is no bread before noon here, I’m afraid. The visitor smiled back as to belittle the fact he would need to drive to his next destination with no sandwiches in his backpack. He left looking as if he had just realised where he was—in the middle of nowhere. 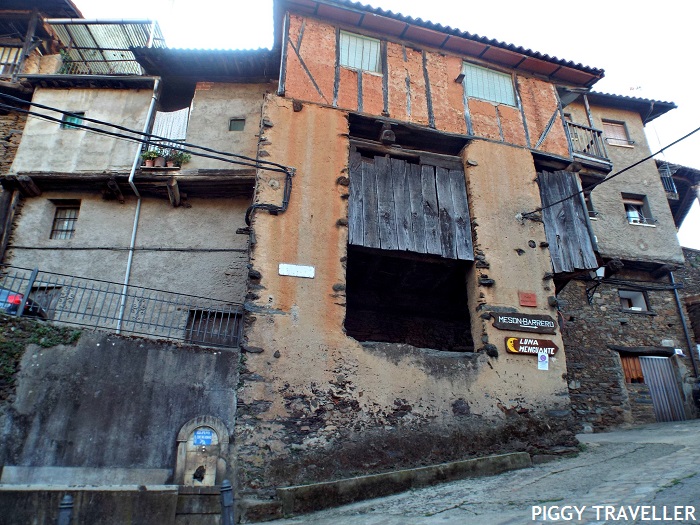 The bar where we stopped is in that passageway.

We continued our walk to the main square and climbed up the stairs to the church for a better view of the square and the mountains. Then we paid a visit to the olive oil museum at Molino del Medio. 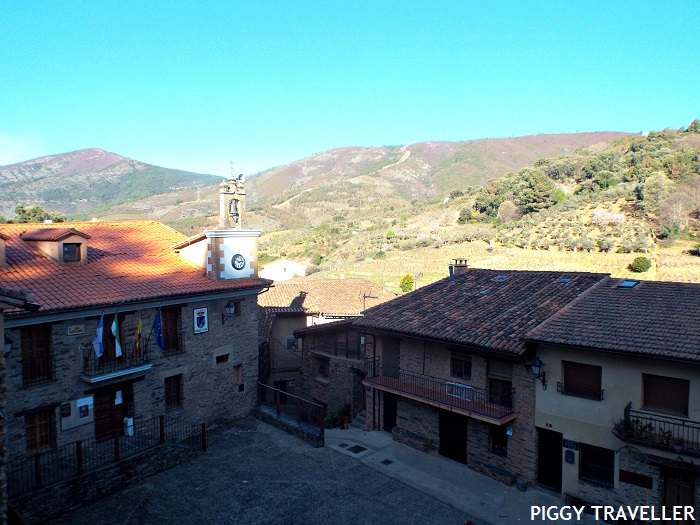 Views of the main square from the church.

The museum opens at 11:00, but it was closed when we arrived a few minutes after that. We rang the bell and a man’s voice kindly asked us to wait a few minutes for him to get ready. It sounded like he had just woken up and we caught him by surprise still in his pajamas. Ten minutes afterwards he opened the door to us and apologised—the guy in charge of opening the museum should have arrived by then. It didn’t really matter to us. We were not in a hurry. In a place like this nobody is. 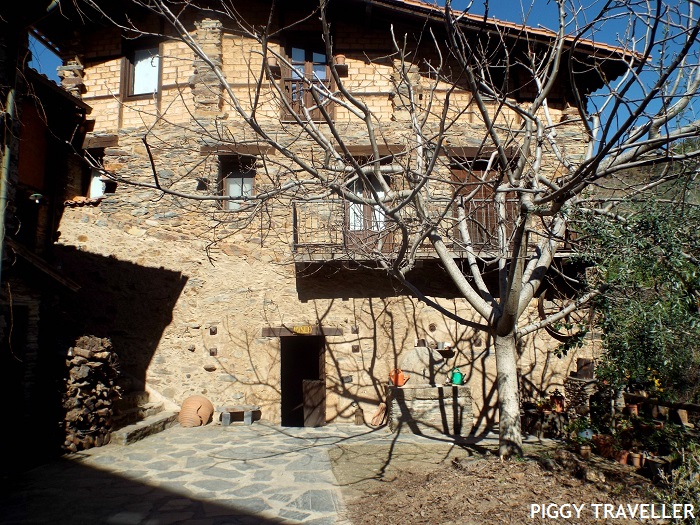 Julio, the owner, led us into the museum. It had been a family business for generations and the olive oil was sold not only in Robledillo, but also in the neighbouring (and as remote) Las Hurdes area and even in Salamanca province. The mill used water as the main energy to pump the machinery. The olive oil production involved a double press process.

Apart from speaking about the whole olive oil production process and the machinery used, Julio was more than happy to explain what the different tools displayed were for. He showed an interest in our home town and spoke about the different types of olives and oils in Extremadura after we tasted a sample of the local oil. 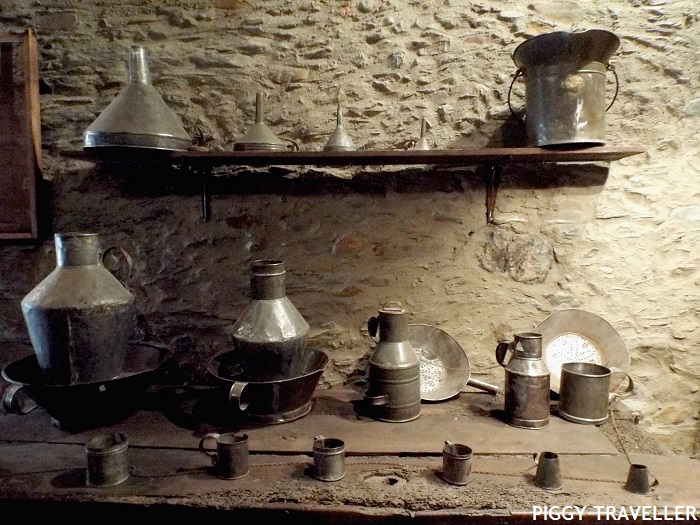 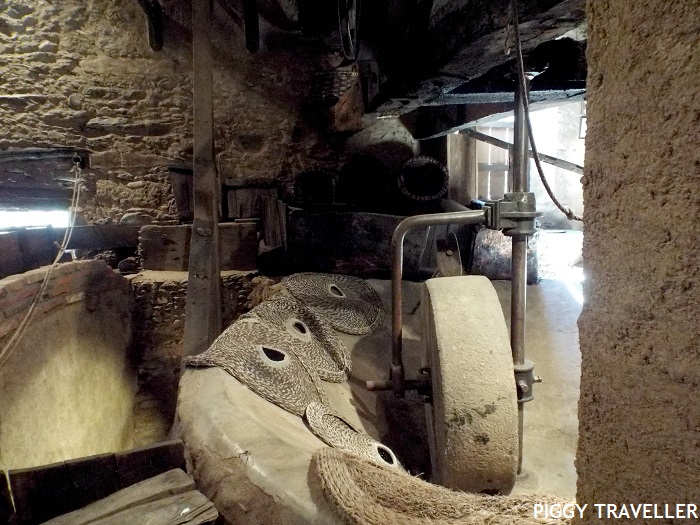 The visit to the museum finished in their family shop of local products, where I bought olive oil, wine and homemade biscuits (which we gobbled up in the car on our way to Cáceres).

I loved this tiny little place and I wish we had more time to further explore this area (Sierra de Gata), but it will have to be another time…

Robledillo de Gata on a map

Other places in Sierra de Gata you may want to visit: