The incredible little house with the rock inside

Imagine living in a house with a rock inside. And I don’t mean grabbing a rock from the park and taking it home. I mean sharing the smallest bedroom you can think of with a massive rock that takes up half of the room.

I know it sounds weird, but such a place actually exists, and it’s right in the centre of Alburquerque. It’s not open to the public, as it’s a private property. But, having access to the house myself, I thought I would share this cool and quirky feature with you.

Alburquerque and its rocky problem

In Alburquerque it isn’t odd to walk down a street and bump into a rock standing out from a wall. They are enormous and pose a problem to building houses. Today local constructions companies have the necessary equipment to cut them and smooth surfaces. In the past such technologies were not available and people simply built their houses around them.

See the rock standing out from the wall?

That’s exactly what they did with my great-grandparents’ house.

The front of the house is quite ordinary and nothing makes you expect what’s inside. On the ground floor there is a little hall/lounge/dining room and two rooms. One of them was the girls’ bedroom and accommodated my grandmother and her two sisters.

This other room you see in the picture below was some sort of a stable, home to the family’s donkey and dog. I’ve been told they used to stick out their heads over the door while the family was chilling out in the dining room by the warmth of the brasero. Although the picture doesn’t show the whole rock, you can have a pretty good idea of what I’m talking about. 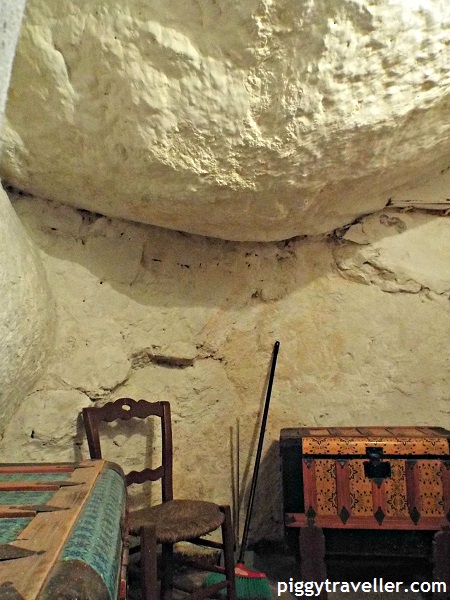 Well, if you think that rock is big wait to see what’s upstairs!

On the first floor there is a bedroom, the kitchen and the most impressive room in the house —the former boys’ bedroom.

It actually looks more like a pigeon loft than a bedroom. It’s difficult to imagine how three little boys could sleep in this room with no window and a massive rock inside but, hey, times were hard back in the 30s. It must have been tough to raise and feed six kids, take care of a donkey and a dog and take your mother in every now and then in a house like this during and after the Spanish Civil War. 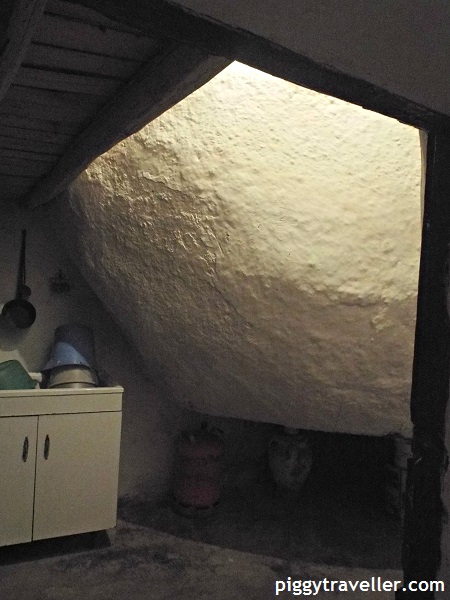 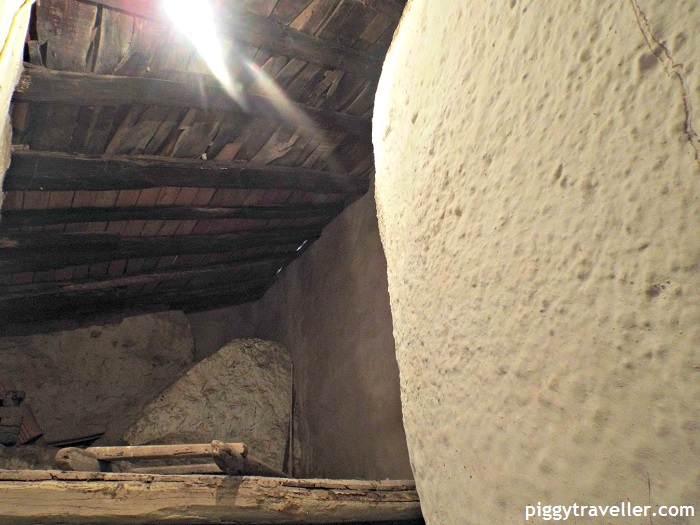 I’m sorry the quality of the pictures isn’t great. The room is absolutely tiny and dark, which made taking a good snap almost impossible for an amateur picture taker like me. I will replace them as soon as I manage to get better pictures, I promise.

You may be asking yourself if the house is not too cold. Well, it is. I used to call it ‘the fridge’ when I was wee, because it’s cold inside even in summer. I used to go there with my cousins during siesta time to play cards and other games, because it was too hot outside (37-38 degrees). And I remember having to take a cardigan with me just to go there. Brr!

The rest of the house is a quirky collection of antiques as nobody has lived there for a while. It has been refurbished a few times, but no bathroom or shower room has been built. The only ‘toilet’ in the house is a hole in the floor behind the main door. 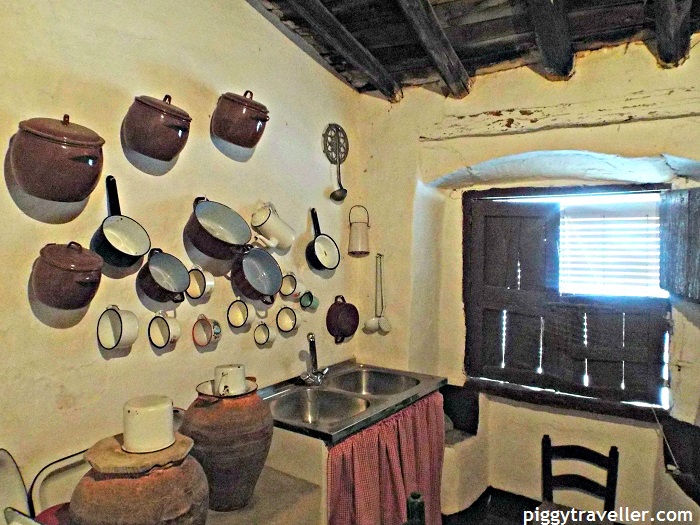 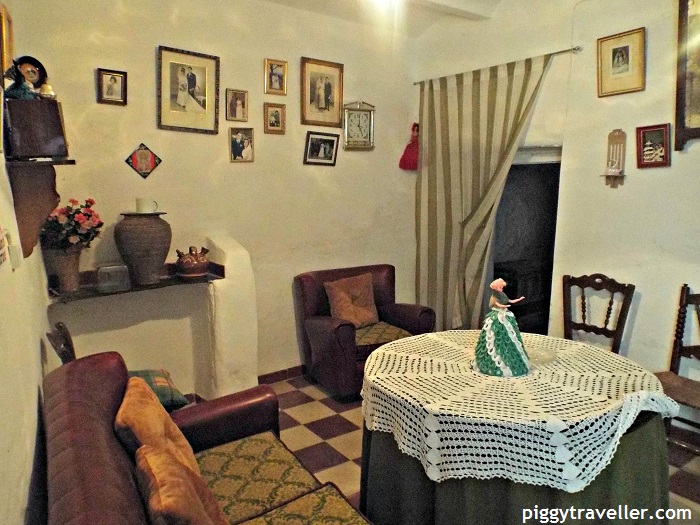 But the top ‘attraction’ is definitely the rock. 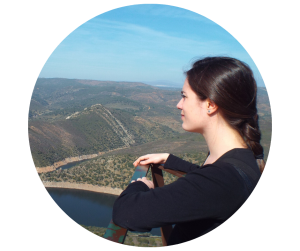