Extremadura is a land rich in myths and legends and today I would like to share with you the story of Isabel, an avenging mountain-dweller from Garganta la Olla.

As it happens with many other stories, La serrana de la Vera (the mountain-dweller from La Vera) has had various interpretations and details may vary from version to version, but the main facts remain the same.

Isabel de Carvajal was the daughter of a well-to-do couple from Garganta la Olla who died when she was little. Isabel was an extremely beautiful and experienced horsewoman of exceptional strength and bravery. She would spend the days riding around the mountains hunting wolves, boars and other wild animals with her crossbow.

Her looks and attitude were constantly criticized by jealous local women. Men, however, were fascinated by her beauty, but her strong woman image scared them off and none of them would approach her.

Isabel lived alone in a country house just outside Garganta. A chatty housemaid helped her with the daily tasks in the house and kept her updated about the latest piece of gossip about her going around town.

Casa Carvajal, the house where Isabel was thought to have lived with her parents before they died.

One day while walking around town she bumped into Marcelo, Plasencia bishop’s nephew. The young man, having heard only good things about Isabel, had ridden to Garganta to see her and offered to accompany her back home. A handsome and cheeky expert in the art of flirting, Marcelo sweet-talked her all the way home, giving local woman a reason to start criticizing Isabel for preferring a foreigner over the local guys. By the time they arrived at Isabel’s place, she had already fallen for him.

Every day after that Marcelo would go visit Isabel in the afternoon and walked together around town to show everyone how he managed to make the most beautiful girl around fall in love with him. One evening they were both chatting away when the night crept up on them. Marcelo pretended not to have noticed how late it was (but his real intentions were to spend the night there). Isabel felt bad about letting him ride away on his horse in the dark and invited him to stay the night. Marcelo couldn’t be more thrilled. His plan came to fruition.

After a night of intense love making Marcelo left in the morning feeling accomplished. Isabel waived him goodbye at the doorway and asked him to come back soon.

But he didn’t go back. Isabel awaited his return every afternoon sitting near the window and getting more and more worried by the day. Several weeks passed until she heard the sound of horse hooves and saw the shapes of three horsemen approaching fast. It was Marcelo, accompanied by two strangers.

Isabel rushed to open the door and ran to Marcelo’s arms. She then noticed that his eyes had a strange sparkle and he was tongue-tied. He was drunk and so were the two companions. Looking at Isabel with lustful eyes he told his companions:

—Hey, dicks. I won the bet, so you can pay me now. As you can see the most beautiful girl in La Vera can’t live without me. I have enjoyed her already. So you can enjoy her now. I give her to you.

As soon as Marcelo said that the two strangers leaped on Isabel. She fought to get rid of the two brutes, but to no avail. They beat her up until she lost consciousness, then raped her without regret and the three men left the house.

When Isabel came back to her senses and realized what had happened swore revenge against all men she would meet from now on. They would all pay for what Marcelo and his two friends did to her. 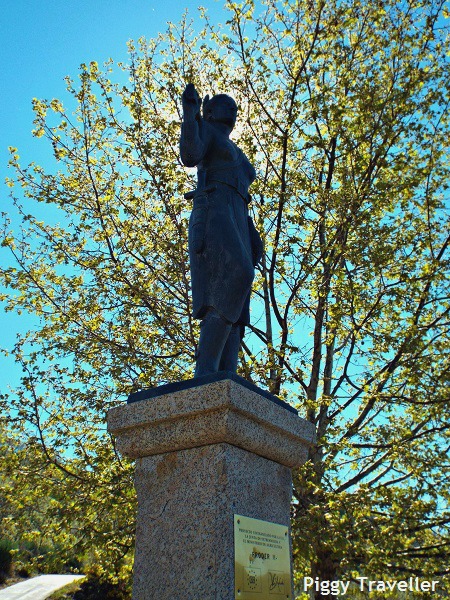 A statue of Isabel was erected in a lookout just outside Garganta.

She left Garganta la Olla and moved to a little cave in the mountains she sometimes used during her hunting sessions. In the cave she only had a bed, a table, two chairs, some kitchen utensils and her crossbow. She didn’t have many things, but it was enough to live.

Her first victim was a young man from the nearby town of Cuacos de Yuste. Isabel pretended to need help taking a dead boar she just killed back to the cave and the guy offered help. She then invited him inside and offered him wine, which was poisoned. The guy died within minutes and she buried him outside the cave marking the place with a cross.

During the following months more men succumbed to Isabel’s apparently harmless invitation to have a glass of wine in the cave and died. The number of crosses around the cave increased and local authorities in Garganta and nearby towns had already started worrying. The number of disappearances so far was higher than ever and some residents were scared some beast was attacking local shepherds and farmers up in the mountains.

Isabel continued killing men with the same method. But one day it didn’t work. A young man came to the cave and rejected her invitation to drink wine. She didn’t know what to do and took her crossbow, ready to kill him. The man was quick enough to run out of the cave and when he arrived to Garganta la Olla, he reported the incident to the authorities.

A big group of armed men made up of local authority members, farmers and shepherds decided to go to the cave and arrest Isabel. She wasn’t there when they arrived and discovered the graveyard of wooden crosses outside the cave, but they patiently waited for her return. She was caught by surprise and her attempts to escape were to no avail. She was arrested and forced to walk all the way to Plasencia, where she was sentenced to die on the gallows.

Today a statue commemorating Isabel’s story was erected in el mirador de la serrana, a lookout just outside Garganta la Olla named after her. The house where Isabel’s family was said to have lived (Casa Carvajal) can also be seen in Garganta’s town centre. 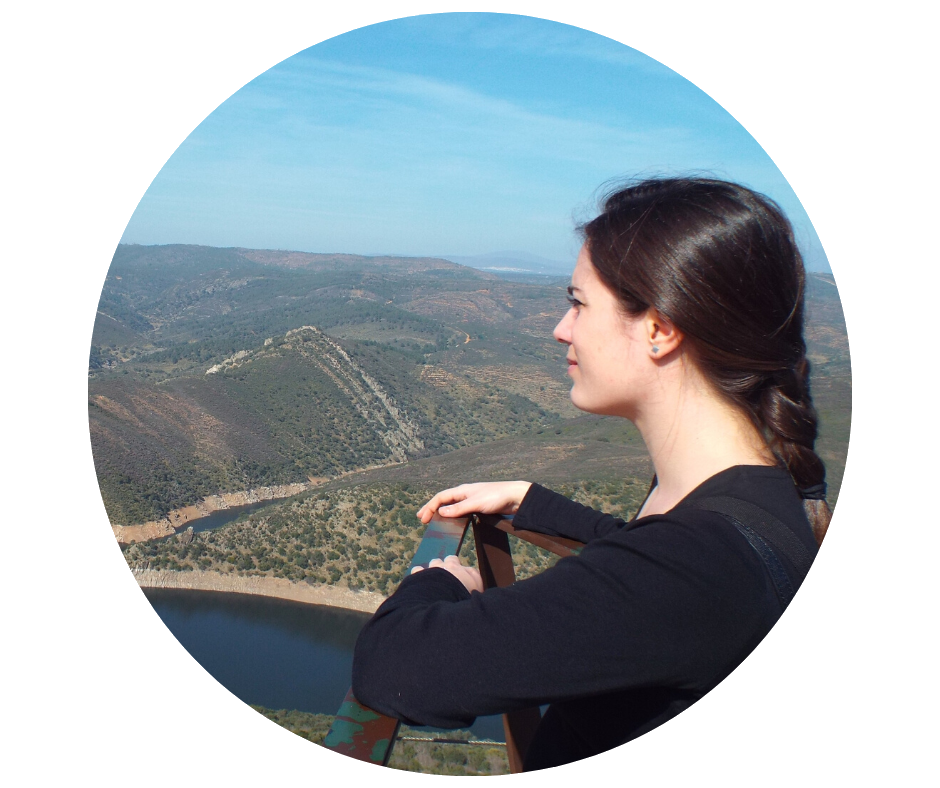