Castle spotting is one of the best things you can do in Extremadura. There are over 330 castles in the region, most of which are free to visit. Many aren’t in particularly good condition but are still worth the drive. Trevejo castle is one of them, and that’s where we headed to during our latest mini-trip to Sierra de Gata, after visiting Santibáñez el Alto. 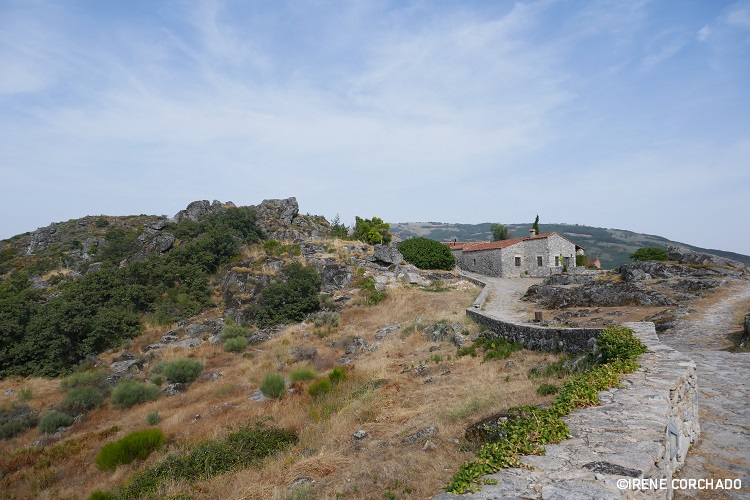 Trevejo is tiny. So much so that it belongs to nearby and less tiny (460 inhabitants) Villamiel. The 24 souls living in Trevejo seem determined to not let the village die; at least three rural properties offer a place to stay to those looking to see the main tourist attraction – the castle.

Trevejo’s castle was built on the remains of a Moorish fortress dating back to the 12th century. The fortress changed hands throughout centuries – from Alfonso VII, Christian King of Leon and Castile, to different military orders – and was turned into a castle. Due to its strategic location, it played an important role during the War of Succession against the Portuguese. It was later destroyed in the 18th century during the Spanish War of Independence by the Napoleonic army in retreat. The remains that can be seen today date from the 15th century.

The castle has two enclosures, the best-preserved one being the inner structure, which includes a small bailey and a keep. They used lower-quality materials in the construction of the curtain wall; that may be one of the reasons why almost nothing of it remains today.

A stone path from Trevejo’s main street leads to the castle. On your way up, you’ll see a small church and a bell tower a bit further up. Even from there, the views of the surrounding area and Villamiel are good. A sign warns of the danger of collapse, so be careful. The castle isn’t particularly safe to visit and, as it’s a private property, you’re responsible for your safety. Of course, don’t take your children with you all the way up (only to the area outside the church, I’d say). 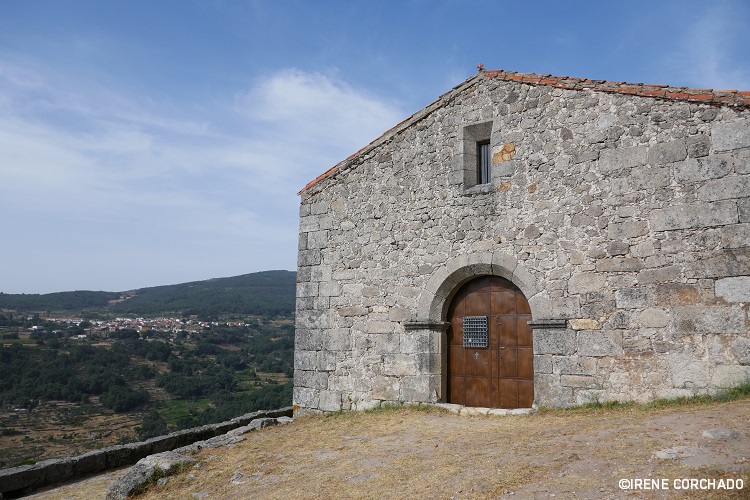 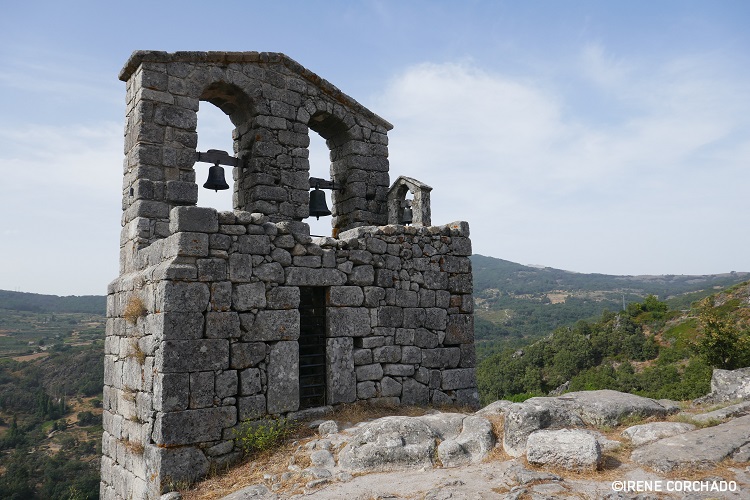 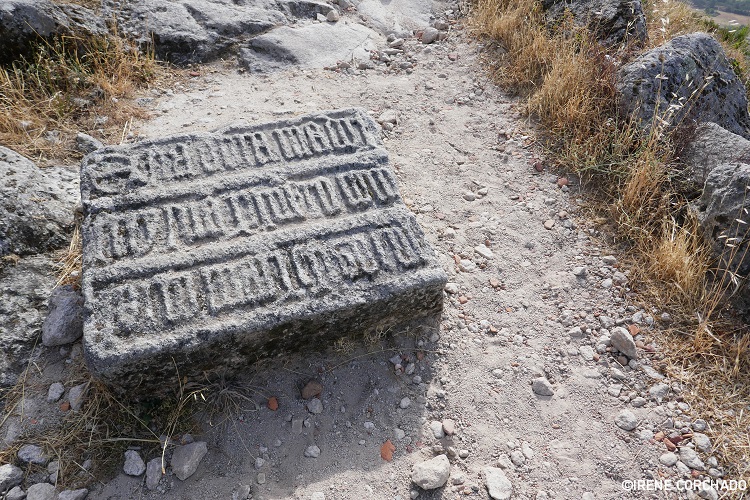 The remains of a gate lead to the outer bailey, which provides a good view of the keep. Then, you walk around up to the inner bailey. It’s possible to reach the keep but I wouldn’t dear too much inside. There are stones scattered everywhere, and big holes. In fact, the whole structure itself is cracked and it’s better enjoyed from outside from a safe distance. 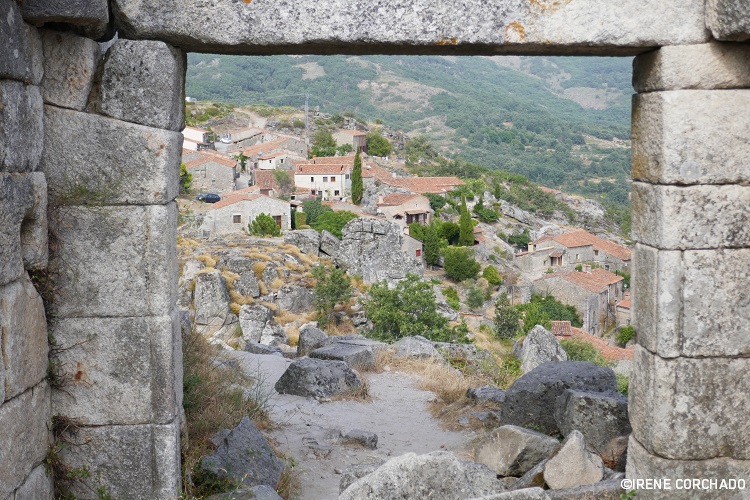 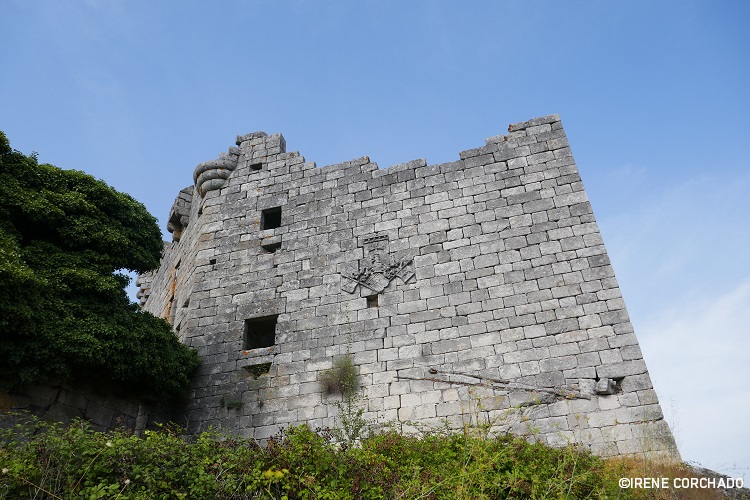 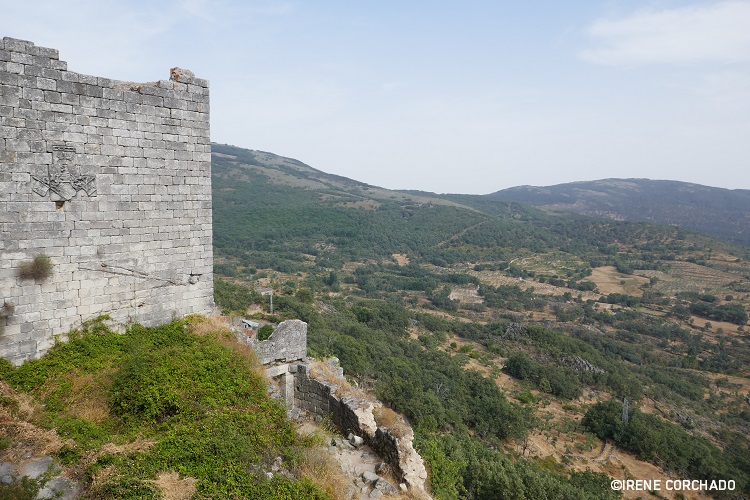 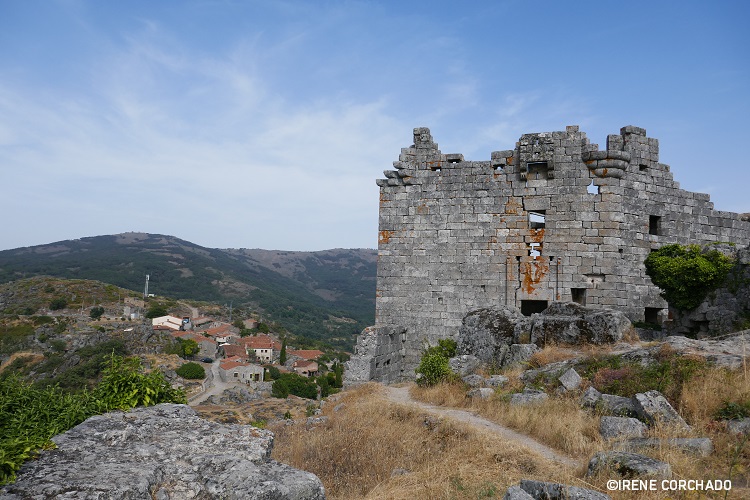 We visited Trevejo castle on a hot summer day, in the afternoon. I think it would be a good idea to go in the evening, while still bright, but aim to walk back when the sun is going down. That way, you’ll be able to enjoy the sunset by the safe area outside the church and make the easy walk back to the village afterwards.

Idea: leave the car in Villamiel and walk to the castle (2.24km), following the GR path. A one-way walk takes about 45min and you should expect a steep (108m) slope and climb (67m). We decided against walking because it was too hot, so it is recommended for autumn or springtime when dry.

Trevejo castle on a map

If you need accommodation in Sierra de Gata, read my impressions about our stay at El Cabezo, a farmhouse located 14km from Trevejo.